Up to $50,000 worth of insects, spiders and lizards were stolen from the museum in 2018, but no one was ever charged 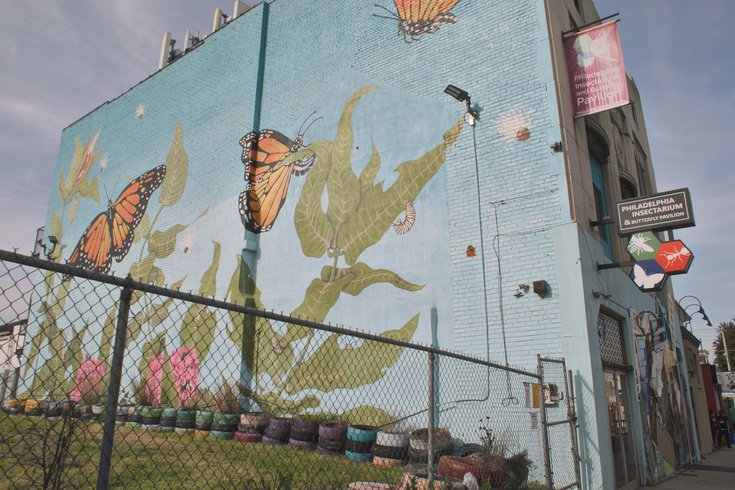 The Philadelphia Insectarium and Butterfly Pavillion is the subject of a four-part docuseries that will begin streaming on IMDb TV on March 4. The series examines the unsolved heist of 7,000 insects, spiders and lizards.

Thousands of rare bugs were stolen from the Philadelphia Insectarium and Butterfly Pavilion back in 2018. No one was ever charged and the way the heist was pulled off never came to light.

An upcoming documentary series delves into the unsolved case, which it touts as the largest known insect caper. Up to $50,000 worth of bugs and animals were stolen, including a six-eyed sand spider, one of the most venomous in the world.

"Bug Out" debuts March 4 on IMDb TV, a free streaming service owned by Amazon. A trailer for the series came out Tuesday and already has garnered more than 1 million views on YouTube.

The four-part series follows law enforcement officers as they delve into the seedy underworld of bug smugglers while investigating the theft. In the days after the heist, Philadelphia police said they believed it was an inside job, but they did not respond to a PhillyVoice request seeking a case update.

The filmmakers also explored the tension between the Northeast Philly museum's original owner, Steve Kanya, and current CEO John Cambridge. And they spoke to several people with deep knowledge of the illicit bug trade.

"The headline of a $50,000 bug heist initially grabbed our attention, but once we started investigating this subculture of bug collectors and smugglers and realized the scale of this odd trade, we knew we had to tell this story," said Ben Feldman, the director of the series.

"There are so many great characters in the show, and interviewing each one added another piece of the puzzle until we were able to see the whole picture," he said.

The series evolved from an earlier project, dubbed "Flea Market," which examined the same subject. "Bug Out" is being produced by Cinemart, a New York City-based company.

Cambridge said he is excited to watch the series but would withhold comments until he had seen it in its entirety.

The 7,000 stolen spiders, insects and other lizards constituted about 80% of the museum's collection. The museum, located at 8046 Frankford Ave., is open Tuesdays through Sundays from 10 a.m. to 5 p.m.