Thousands of rare, venomous insects missing from Philadelphia Insectarium in possible inside job 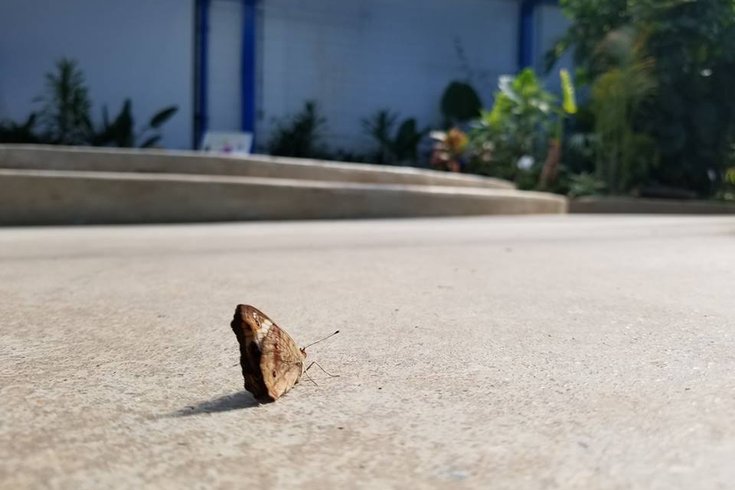 Thousands of critters are missing from the Insectarium and Butterfly Pavilion in what's believed to be an inside job.

A vast medley of rare insects and lizards worth more than $40,000, including a venomous, six-eyed spider, are missing from the Philadelphia Insectarium and Butterfly Pavilion.

Police and pavilion staff suspect the robbery was an inside job, The New York Times reported, as security footage reveals people in the museum last week holding plastic containers containing some of the missing insects.

Overall, around 7,000 animals – that's approximately 80 to 90 percent of the insectarium's population – have been stolen. The robbery took place Wednesday, Aug. 22, but it's likely that the thieves continued to take insects throughout the week. Once the robbery was discovered, staff found two blue employee shirts stuck to the wall with knives.

To make things even more difficult, they also stole the logs kept by staff to keep insect information organized, so it's harder to estimate exactly how many, and which insects have been taken.

Some insects, including a Mexican fireleg tarantula, have been returned by police. A six-eyed sand spider, one of the most venomous in the world, however, is still missing.

Another disturbing robbery: Thousands and thousands of cockroaches. As if there weren't enough already, the thieves took many cockroach colonies, each of which contains thousands of roaches.

There is a GoFundMe to help the pavilion replenish its collection.

Staff at the insectarium believe it was an inside job and that the thieves intended to resell the stolen animals. John Cambridge, the chief executive of the insectarium, told the Times that some animals could even be considered federal evidence, as some were confiscated at a port of entry. The implication of tampering with federal evidence could land the thieves with significantly longer jail time.

The Insectarium is now working to rebuild its critter collection in time for the Philadelphia Oddities Expo, which begins Nov. 3. Because of the burglary, its second and third floors of the pavilion will be closed to the public through November.