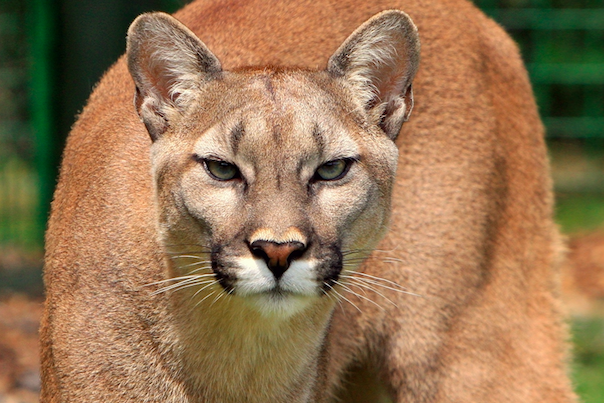 The abundance of wildlife that thrives in Pennsylvania makes sightings of interesting animals fairly commonplace—bears, foxes, coywolves and elk are all within the realm of expectations.

What you wouldn't expect to find here anymore is a mountain lion. They've been extinct in the eastern part of North America for more than a century.

But an image captured by one family's security camera last weekend certainly shows what looks to be a mountain lion.

The Dodge family in Clarks Summit, Lackawanna County, captured an image of a big cat strolling behind the fence enclosing their yard and pool. They shared the unusual sight with WHNT-News.

"It's probably a bobcat, but looks like a mountain lion," Nick Dodge told the station.

"Who knows, could be a mutant. Haven't seen anything like this before, so it's new."

Pennsylvania and New Jersey residents have periodically reported big cat sightings to local police, prompting minor scares that can last a few days. In one case out of Reading, a sighting of an apparent cheetah turned out to be an African serval that was likely bred and domesticated illegally.

Officials with the Pennsylvania Game Commission told WHNT the cat in Clarks Summit could be a bobcat, though they tend to be more active at night.

The only native North American mountain lion species (Puma concolor) has long since been extirpated from the eastern United States, with the exception of a small population of Florida panthers whose genetic roots are a subject of debate.

Dan Taylor, a San Diego-based wildlife biologist who grew up in the Philadelphia area, told PhillyVoice he was initially thrown for a loop by the photo. Then he took a closer look.

"The coloration and the shape of the head lean toward mountain lion (Felis concolor) but they have a tail that’s almost as long as their body, and this animal clearly is lacking a tail," Taylor said.

"Also, pretty sure there is color variation in a bobcat’s fur color, so what I’m thinking is a good-sized, tawny colored bobcat."

A second photo of the cat, though shaded, appears to show more of a splotchy coloration on the animal's front limb. That was a dead giveaway for Taylor.