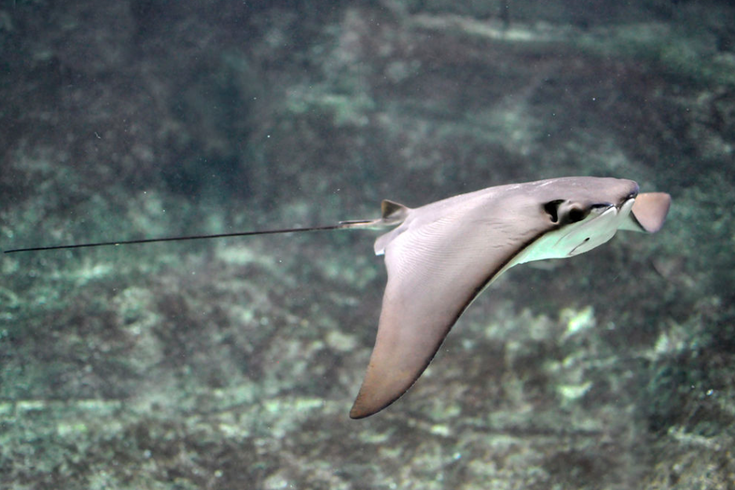 Locals and visitors at the Jersey Shore have taken note all summer of the migrating cownose rays that made their way north for the season.

At nearly 50 pounds and 45 inches across, their impressive size when they reach maturity can give the impression that they pose a threat. Some have even mistaken their brown fins for the approach of sharks.

But by nature, cownose rays are among the most docile species in the ray family. They tend to cluster near the top of the water column and avoid contact with people, so the likelihood of accidentally stepping on one of them is lower than with other lurking sea life.

One fisherman became the recipient of a rare sting this weekend, according to the Harvey Cedars Beach Patrol.

In a Facebook post, the beach patrol explained that the fisherman was stung in the arm and transported to a local hospital. His condition wasn't updated and it wasn't clear whether the fisherman accidentally caught the cownose ray.

While cownose rays do secrete a mucous-like venom, it isn't poisonous. The effects are sometimes likened to a larger version of a bee sting.

As a reminder, the beach patrol reminds those who fish and swim at the shore to leave cownose rays alone and handle them with caution if necessary.