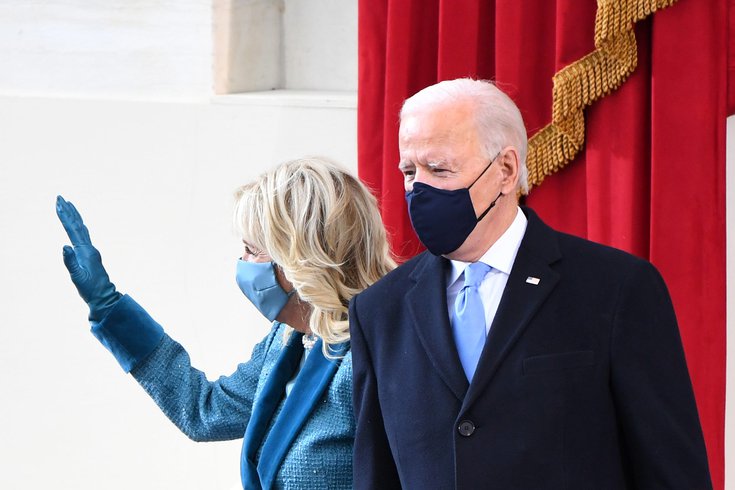 President Joe Biden and first lady Jill Biden have adopted a cat named Willow whom the first family has appropriately named after the latter's hometown of Willow Grove, Montgomery County.

President Joe Biden and first lady Jill Biden have welcomed a new resident to the White House in the early days of his second year in office.

The first family has adopted Willow, a 2-year-old tabby cat who has been aptly named after the first lady's hometown of Willow Grove, Montgomery County.

The green-eyed, gray-and-white cat comes from a Western Pennsylvania farm where the Biden campaign stopped during the 2020 presidential election, according to the Washington Post. The cat jumped onto the stage during the campaign visit and interrupted the first lady's speech, which left a lasting impression on the family.

Willow joins the Biden's pair of German shepherd dogs, Commander and Major, as the first family's White House pets. Commander is a puppy who was adopted last month following the death of their dog Champ. Major recently returned to Washington, D.C. after undergoing additional training at the family's Delaware home following a series of biting incidents last year.

Both the president and the first lady had said they wanted to adopt a cat once they moved into the White House. Willow's arrival was delayed until January to give both Commander and Major time to acclimate before introducing a cat. Willow had been in another household's foster care for the time being.

So far, Willow appears to be right at home at 1600 Pennsylvania Ave.

Willow is the first cat to live at the White House since former President George W. Bush's cat India in 2009. Only 12 cats have ever resided at 1600 Pennsylvania Ave., with Abraham Lincoln being the first U.S. president to have felines.

The naming of their new cat after the first lady's hometown is just the most recent example of the Bidens showing their Philadelphia region roots.

Born in Hammonton, Atlantic County, before moving to Willow Grove, the first lady is a self-described "good Philly girl." Biden received her masters degree in education from West Chester University and her masters in arts from Villanova University.

Philadelphia was where the president held his first rally in 2019 and set up his official campaign headquarters. Biden frequently traveled to the Philly region during the 2020 presidential election and has continued to do so since taking office.

Biden won Pennsylvania's 20 electoral votes over former President Donald Trump on his way to winning the White House in November 2020.

The family has also had a long-standing personal and professional relationship with the University of Pennsylvania, and the president and the first lady have also proudly display their Philly sports fandom.