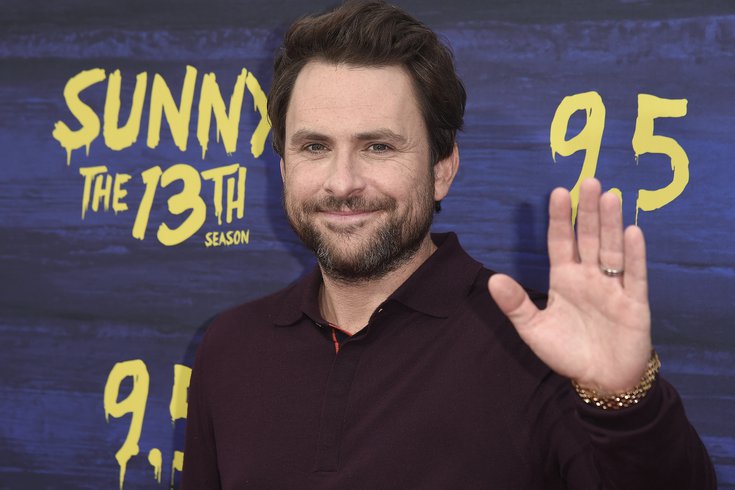 Charlie Day found out that 'It's Always Sunny in Philadelphia' had been picked up by FX the same day he was fired from a voice-over job with the Independent Film Channel.

Charlie Day is now a household name for co-writing and starring in "It's Always Sunny in Philadelphia."

But before he took on the role of Charlie Kelly, Day cut his teeth in the entertainment business by recording voice-overs for the Independent Film Channel. This experience inadvertently led to him getting his opportunity to shine in "Always Sunny," he explained Wednesday on "Jimmy Kimmel Live."

Day nearly turned down the opportunity to do voice-overs in favor of a role he for which he was auditioning in Eminem's 2002 film "8 Mile." But the salary for the voice-over gig changed his mind, Day said.

"You know, I don't want to do this voice-over thing. I have this callback and they're at the same time. I'm going to the movie audition," Day told Kimmel. "My agent called me back and said, 'I don't think you understand. You could buy a house with this job.' I'm like, 'What do you mean? Because I thought I was gonna make like $70.' He was like, 'No, you might make like $70,000.'"

Day recorded voice-overs for IFC for three years and said he was able to buy a house in Los Angeles with his salary. But as soon as Day closed on the house, his voice-over job fell through, leaving him in a financial pinch.

"The day I bought the house, I went to record and there was someone else in there recording and I thought, 'That's odd. There must be a schedule mixup,'" Day said. "And much like getting cut out of a movie and forgetting to tell me, they had fired me and forgot to tell me. So the day I bought the house, I lost the job. So I'm thinking, 'I can't afford this house. I'm in over my head.'"

However, Day received a phone call later that day that changed his life. He learned from his manager that "It's Always Sunny in Philadelphia" was being picked up by FX. He wouldn't have to worry anymore about being able to afford his new home.

"It worked out," Day said with a laugh.

"It's Always Sunny in Philadelphia" recently wrapped up its 15th season, making it the longest-running, live-action comedy series in American television history. A big part of the show's latest season focused on Day's character meeting his biological father in Ireland and exploring his Irish family roots.

"It's Always Sunny in Philadelphia" is already committed for at least three more seasons. All 15 seasons are available to stream on Hulu.

Day stars on "Always Sunny" with his wife, Mary Elizabeth Ellis, who plays The Waitress. Ellis' character, who has never been given a name, is the unrequited love interest of her husband's character on the show.

Day joked that his marriage, as well as co-stars Rob McElhenney and Kaitlin Olson's marriage, will be safe for as long as the show is on.

"I think our marriages will last as long as the show keeps going," Day said. "That's probably why we're doing [the show] so long."

Day, McElhenney and Glenn Howerton recently started "The Always Sunny Podcast," which has quickly become a hit. The podcast is meant to tell behind-the-scenes stories and relive memories from working together on the show, but it typically turns into them cracking jokes and talking about what's going on in their everyday lives.

"That came as a surprise, you know, because we said, 'Let's talk about the show' and pretty much we just argue about parking spots and things like that," Day said. "But people are enjoying it."

Day said that he wants to incorporate fans into the podcast and bring them into the conversation.

"I recently thought maybe we need to mix it up and trying some new things, so I'm thinking about adding a hotline so we can just sort of talk to random people," Day said. "People are tired of hearing celebrities talk, so let's hear from the people, the man on the street."

Outside of "It's Always Sunny in Philadelphia," Day is getting ready to portray Luigi in the "Super Mario Bros." animated film that is expected to premiere this December.

Though production for the film is well underway, Day said he hasn't even seen a script yet and knows very little about the film's premise. Day said the cast doesn't record together and instead goes into the studio one at a time.

"I know nothing," Day said. "I show up and they're like, 'You say this and you say that,' and it's all very funny and good. And then I walk out and there's like two guys in overalls with like hammers that are like, 'Don't you tell nobody nothing about this Charlie. I swear to God, we're gonna get your knee caps, we're gonna break your neck.'"

In the meantime, Day is preparing for the release of "I Want You Back," a romantic comedy in which he stars alongside actress Jenny Slate. The film is about two people who get dumped and team up to help win their exes back. "I Want You Back" will premiere Feb. 11 on Amazon Prime Video.

Day's entire interview with Kimmel can be watched below.