'Gritty Snax' can be played for free, but some Flyers fans weren't amused 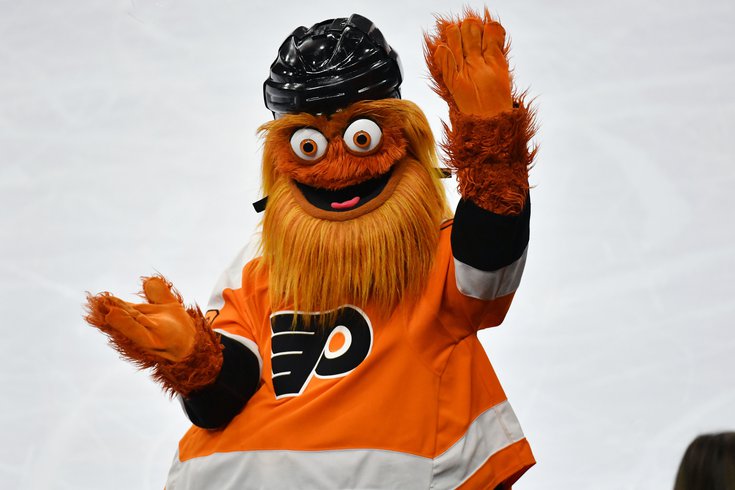 The Flyers have been far from entertaining this season, having lost a franchise-record 13 straight games since the end of December and sitting in last place of the NHL's Metropolitan Division.

But Flyers fans who are looking for something more amusing may find some fun in a new mobile video game featuring the franchise's beloved mascot.

"Gritty Snax," created by TCS Interactive in partnership with the Flyers, features Gritty chasing down a hot dog – quite possibly his favorite food.

When Gritty was introduced to Flyers fans in 2018, the mascot's bio read that his love of hot dogs had inflated the Flyers Dollar Dog Night consumption totals for years. Gritty hasn't shied away from eating hot dogs at Flyers games.

The purpose of the game is to keep Gritty from catching a hot dog running on a conveyor belt. The user plays the role of the hot dog and must run, jump and dodge obstacles — which in this case are other foods — so that the hot dog isn't eaten by Gritty.

The conveyor belt is littered with green peppers that help the hot dog run faster. Other foods featured include pretzels, donuts, pizza, cookies and burgers.

The game is free to play and can be accessed on any mobile device browser. Its desktop platform has a QR code that users can scan to be redirected to the game on their mobile devices.

While you wait for puck drop, head to https://t.co/OrNBb2qeMj and play @GrittyNHL Snax, the new mobile game presented by @tcs_na! pic.twitter.com/B6VhtMi0dL

However, if the Flyers were hoping that "Gritty Snax" would take fans' minds off the team's poor performance, it's not working so far.

"Are you kidding me?? Fix the damn team and forget about the other nonsense," one fan wrote in response to the team's tweet about the mobile game.

"How about you concentrate on building a better hockey team, and not building video games," another fan wrote.

Flyers fans are also expressing their frustration through the names they've entered on the game's leaderboard. Among the highest-scoring users so far are players with the names "Sell Team," "Flyers Sell" and "Comcast Sux."

While "Gritty Snax" may be a fun game to play, it doesn't appear that it will quell the anger of hockey fans across the Philadelphia region anytime soon.