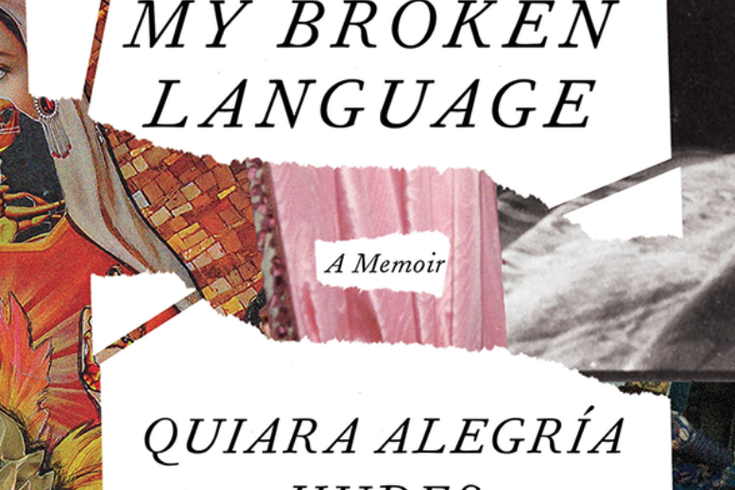 Quiara Alegría Hudes' 'My Broken Language' is available in hardcopy, ebook and audiobook form through the Free Library of Philadelphia.

This year's One Book, One Philadelphia selection will provide readers with an up-close look at how an award-winning playwright navigated her childhood growing up in Philadelphia.

Quiara Alegría Hudes' "My Broken Language" was unveiled Wednesday by the Free Library of Philadelphia as the selection for the 20th annual citywide reading initiative promoting literacy and conversation among residents.

Hudes' lyrical memoir examines how she found her voice while growing up in a Puerto Rican household in Philly during the 1980s and 1990s. The book also details how Hudes strived to become an artist and tell the untold stories of her family and community.

"My Broken Language" explores themes such as migration, gentrification, the Puerto Rican culture in Philly and systemic injustices that her community has faced.

Free Library President and Director Kelly Richards described Hudes' book as "a beautiful memoir that documents the challenges and joys of growing up in this city."

"[Hudes'] book creates an opportunity for us to celebrate the important role of Puerto Rican and all Latino communities in both our city's history, as well as in the present day," Mayor Jim Kenney said. "Ms. Hudes' memoir invites us to reflect on the fact that if we want an equitable and just future for all of our communities, we must learn about and repair the broken, often hidden parts of our city's history that continue to impact the present."

"My Broken Language" was a nominee for the 2022 Andrew Carnegie Medal honoring the best in fiction and nonfiction literature. Released last April, the memoir was named one of the best books of 2021 by NPR and the New York Public Library.

A post shared by One Book, One Philadelphia (@onephlbook)

Hudes co-wrote the Tony Award-winning musical "In The Heights" and the screenplay to its HBO film adaptation with Lin Manuel Miranda. She was also a screenwriter for Miranda's animated Netflix film "Vivo" that premiered last August.

She was awarded a Pulitzer Prize for "Water by the Spoonful," a dramatic play that partly takes place in Philadelphia.

"My Broken Language" will be accompanied by two youth books for this year's program: "Never Look Back" by Lilliam Rivera for children in grades 6-9 and "Alma and How She Got Her Name" by Juana Martinez-Neal for students grades K-4.

The city's public reading period is now underway through April. Copies of all three books are being distributed for borrowing at Free Library locations. Ebooks and audiobooks are also available online.

Hudes will help kick off One Book, One Philadelphia's seven weeks of programming this spring with a special conversation alongside Rivera at the Parkway Central Library on April 27 at 7:30 p.m. The event will feature a performance inspired by Hudes' memoir from students at the Curtis Institute of Music.

Through June 15, the Free Library will hold dozens of public events, book discussions, workshops, cooking programs, performances and other family-friendly activities centering on further exploring "My Broken Language," "Never Look Back" and "Alma and How She Got Her Name."

These events are available for readers of all ages and will take place both in-person at neighborhood library branches and virtually. A full calendar of events will become available in March.