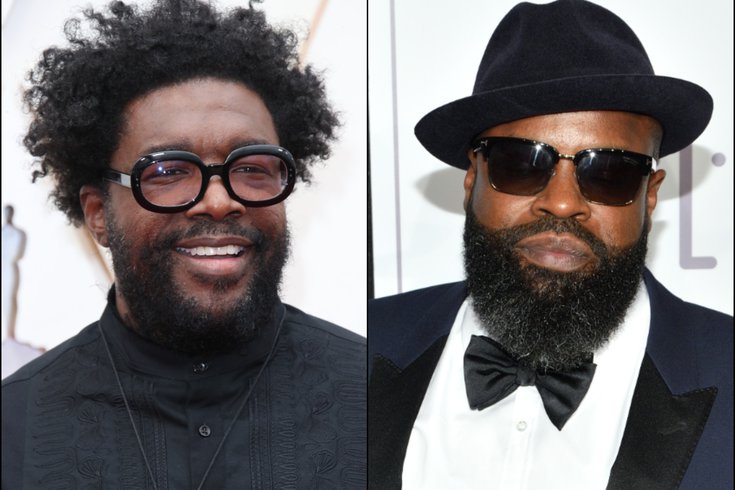 Questlove and Black Thought are now animated characters on a Disney series intended to help children grapple with topics that can be difficult to understand.

"Rise Up, Sing Out," an eight-episode series of musical shorts, premiered Wednesday on the Disney+ streaming service. The show was spurred by an influx of parents looking for help explaining concepts like racism, Disney said.

Questlove and Black Thought, both founding members of The Roots, appear as characters in several episodes. They also served as executive producers and produced the songs featured in the shorts.

"The 'Rise Up, Sing Out' shorts touch on a lot of real-world issues, especially for Black kids, that just weren't talked about when we were growing up," Questlove and Black Thought said in a joint statement. "The beautiful thing about these shorts is that not only are they going to provide young kids with the proper language to talk to their friends and family about some of the things that might be bothering them, but it's also going to give parents the tools on how to respond."

Each episode touches on a topic that might be difficult to explain to children, using timely examples and mostly cheerful songs to provide context. The show features many young characters who are learning about these concepts too. It encourages diversity and inclusion, celebrating the differences in people.

In "Super Bonnet," three girls explain to their questioning white friend that they have to wrap their hair to protect it while they sleep. In "Name Tag," three kids explain the differences in their names and meanings, and sing about why it's important to make sure that people are respecting them by pronouncing their names correctly.

In "Speak Up," a young girl, Taniya, explains microaggressions to her classmates. She intervenes when a classmate questions the color of her friend's skin because it doesn't look the same as his mother's skin. In another scenario, Taniya intervenes when a teacher touches a child's hair without asking.

Introducing a group of neighborhood friends of multiple ethnicities, the short stories directly reflect the realities of the world kids live in today and are designed to provide a framework for conversation among kids and families.#RiseUpSingOut pic.twitter.com/4CyfLu0VtF

In a particularly timely short, "Let Love Overrule," Terrell explains to his younger brother, Kingston, that people will treat him differently because of the color of his skin. The imagery, which mimics that of the civil unrest that occurred during the 2020 summer – police lights, boarded-up businesses – is meant to convey that focusing on love rather than hate is the most sustainable option.

"Bigotry, bias and stereotyping aren't simple topics for anyone to tackle, but the talented creative team did a thoughtful job in delivering memorable songs and stories that reflect the opportunity storytellers have to help parents as they raise healthy, thoughtful and well-rounded kids," said Joe D'Ambrosia, senior vice president of original programming at Disney Junior.

He added that the focus was on supporting young children's self-esteem, and helping them to be more empathetic, understanding and respectful of others.

Walt Disney Records will release the music that accompanies the show Friday. The series is available to watch on Disney+ with a subscription.