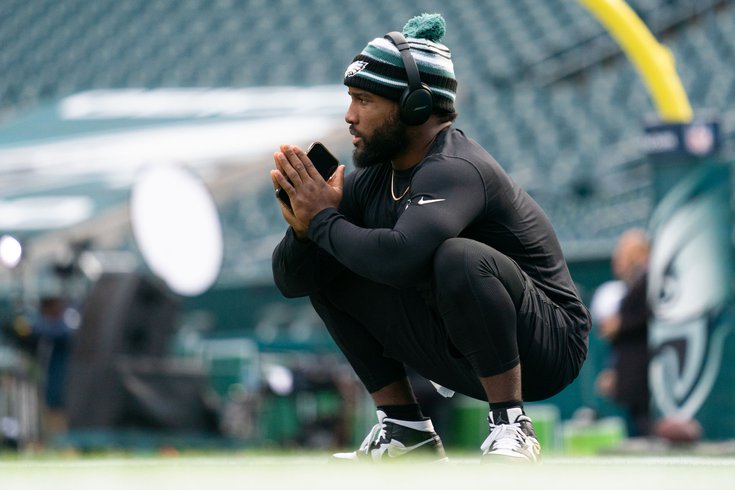 Boston Scott signed Wednesday with the professional gaming organization Dignitas, making the Eagles running back the first two-sport athlete in both the NFL and esports.

Boston Scott will now be picking up a video game controller when the Eagles running back isn't carrying the football or going out for passes.

Scott signed Wednesday with the professional esports organization Dignitas, making him the first two-sport athlete in both the NFL and gaming.

Scott, 26, will serve as a substitute player and content creator for the organization's Rocket League team. Rocket League is a vehicular-driven soccer esports game in which players must use cars to score goals against their opponents.

While Scott has been a fan-favorite and a useful option in the backfield for the Eagles since 2018, his gamer skills may trump his football talent. Scott is a Rocket League Grand Champion, which puts him in the game's top 1% of more than six million ranked players around the world.

Dignitas said that an original series documenting Scott's journey into esports is in development. The running back will compete under the gamertag "B0ston."

“Gaming has always been a big part of my life," Scott said. "It has had an impact on me since I was young that has made it bigger than just a hobby that I enjoy. So the fact that I'm able to join Dignitas is a dream come true. I’m so excited to work with this organization and I'm extremely grateful they have given me the chance to be a part of them. Pro football has made me fall in love with competition, learning and shown me the importance of teamwork. No matter what is in front of me I’ve learned how to adapt and overcome. I’m excited to see what that leads to with Dignitas and the best Rocket League team in the world."

Scott celebrated his arrival to Dignitas by ringing the bell before the Sixers game Wednesday night at the Wells Fargo Center. Scott could be seen wearing the jersey of his new esports team.

OMG! We were just hanging out at the @Sixers game tonight and saw NFL star and #RocketLeague Grand Champion @BostonScott2 ringing the opening bell!!!!!!!!???!?!
...IN A DIGNITAS JERSEY?! LFG!! pic.twitter.com/4a8RxamgEw

Scott will join the organization's four-person Rocket League team that has won six titles — two of which were world championships — in the past three years. The team already consists of Jack “ApparentlyJack” Benton, Joris “Joreuz” Robben and Kyle “Scrub Killa” Robertson.

Founded in 2003, Dignitas has won 18 esports world championships across its various gaming teams. The organization has teams competing in popular games such as League of Legends, Counter-Strike: Global Offensive, Valorant and PUBG.

Dignitas was acquired by the Sixers in 2016 and is now part of Harris Blitzer Sports & Entertainment.

Scott's signing with Dignitas is certainly not the only professional business he will be addressing this year. Scott is a free agent this offseason and could leave the Eagles, but it is expected that he will remain in Philly for the 2022 season.