Plus, trash tonnage has increased by 25 percent amid pandemic 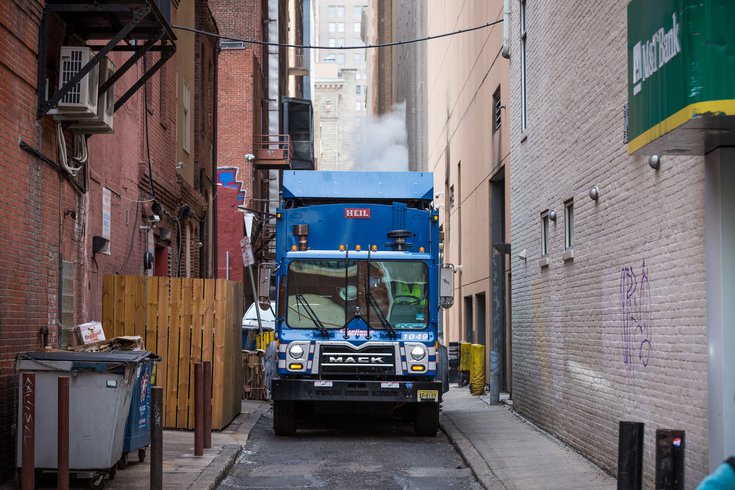 Trash and recycling collection has been delayed across the city in recent weeks, leaving many streets littered with refuse, reeking of odors and buzzing with flies.

The Streets Department is adding workers on a temporary basis to address the ongoing delays, Kenney said. City officials hope to resolve the issue within the coming weeks.

"We’ve obviously had some challenges with the sanitation department," Kenney said. "We’ve had a high number of employees who have come down with the virus. We’ve had extremely hot weather. We haven’t had a day under 70 degrees since July 7, mostly in the 80s and 90s. We had two major storms that slowed up our progress."

"And people have been home," Kenney continued. "They’ve been doing home improvement work and all kinds of other stuff and generating a lot more trash than they normally would if they were going to work every day. Our guys got bogged with the lack of people out there being able to do the work and with all the volume of work."

The department, which has seen a 25% increase of trash tonnage, resumed regular weekly trash and recycling pickup on July 6. Recycling collection previously had been reduced to every other week.

But the department quickly fell behind schedule.

Trash and recycling pickup have been delayed by at least a day during the last two weeks. In some neighborhoods, trash has sat outside for much longer, emitting foul smells and attracting animals.

Residents are permitted to dispose of their trash and recycling at six sanitation convenience centers. The centers are open seven days a week from 6 a.m. to 8 p.m. They have been operating every day since last week. The locations can be found here.