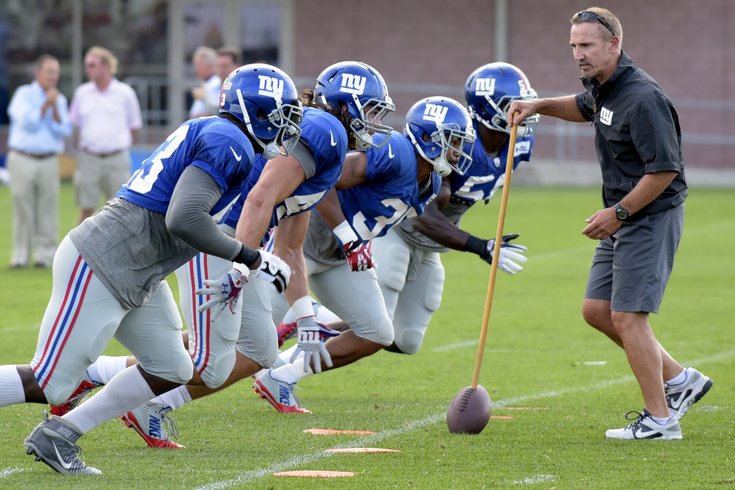 The Giants defense, shown dominating against a ball on a stick this preseason.

Yesterday in New Orleans, the New York Giants' feeble defense gave up 52 points and an absurd 614 yards of offense to the Saints. They are on pace to be one of the worst defenses in NFL history. Here are five facts about the 2015 Giants defense:

2) On the season, the Giants are allowing 428.3 yards per game. They are on pace to allow 6,852 yards, which would be the second-worst total in NFL history. The worst was the 2012 Saints, who allowed 7,042 yards. Both defenses are/were led by Steve Spagnuolo.

3) The Giants are dead last in the NFL with nine sacks, which puts them on pace for 18 on the season. Excluding strike-shortened seasons, that would tie them for the seventh-lowest sack total in a season since the NFL starting tracking sacks in 1982:

And this is the team that is leading the NFC East.