And get this: This was Simon's ninth time performing on the show 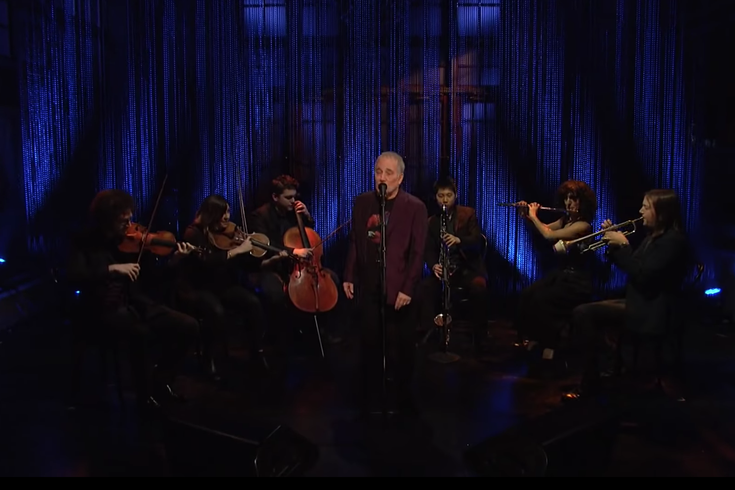 Paul Simon performed his 1990 song 'Can't Run But' with a small orchestra for one of his musical performances during his appearance on 'SNL' on Oct. 13 with host Seth Meyers. Oh yeah, and it was his 77th birthday, too.

Simon originally released the song on the 'The Rhythm of the Saints' album in 1990, set to Brazilian percussionists and guitar. In September, Simon released the reworked song on his newest album "In The Blue Light," accompanied by orchestra yMusic. The arrangement was done by The National's Bryce Dessner.

He also performed his emotional 'Bridge Over Troubled Water' on the show.

And fun fact: He hosted the second ever episode of 'SNL.'

#TBT the first ever @nbcsnl 43 years ago today! The second episode was hosted by none other than Paul! Tune into SNL this Saturday where Paul will be making his record ninth appearance on the show!

I’m getting a kick out of all the people who don’t realize Paul Simon did a new, topical arrangement of “Can’t Run But” from “The Rhythm of the Saints.” Twitter: lots of opinions, not much historic knowledge. #snl https://t.co/TnJiUczOnt

I remember when Paul Simon did “Bridge Over Troubled Water” as the open for the first @nbcsnl after 9/11, and it feels just as necessary tonight. #snl #paulsimon

Simon just wrapped up his Homeward Bound Farewell Tour in late September with a performance in Flushing Meadows-Corona Park in New York, close to his hometown in Queens.