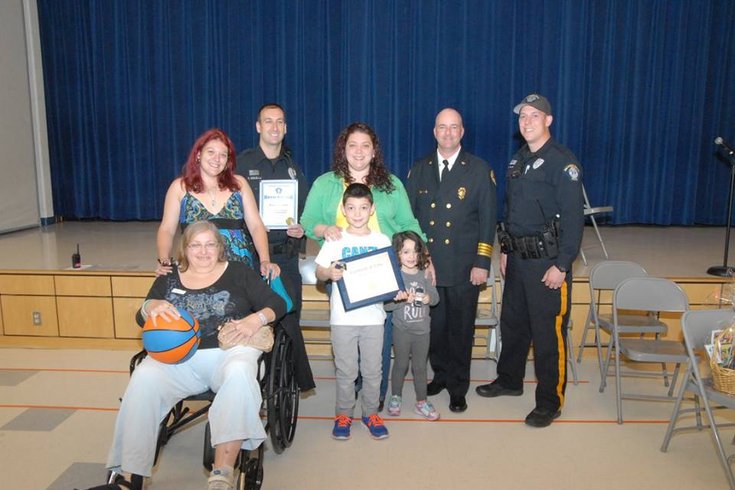 An 8-year-old boy was hailed a hero for his actions last week when his family's Jersey Shore home was lost in a fire.

First responders and educators presented O'Connor with an award for his bravery and courage in the face of an overnight blaze. O'Connor also received a Toys "R" Us gift card.

According to The Press of Atlantic City, The family's home is located in the Normsdale Mobile Home Park off Ocean Heights Avenue. O’Connor woke on April 8 in a bedroom that he shares with his 4-year-old sister to the smell of smoke.

He saw fire on the floor and got his sister out of the room before waking his parents. The family of four escaped safely, but the home and all possessions were destroyed by the accidental fire.

A GoFundMe page has been created by neighbors to help the family member get back on their feet. "The entire house is metal and ash, as is everything inside," the posting reads. One of the first words the boy said when he reached safety were "All my toys are gone. I have none left."