The nonprofit entity managing the gift will be restructured 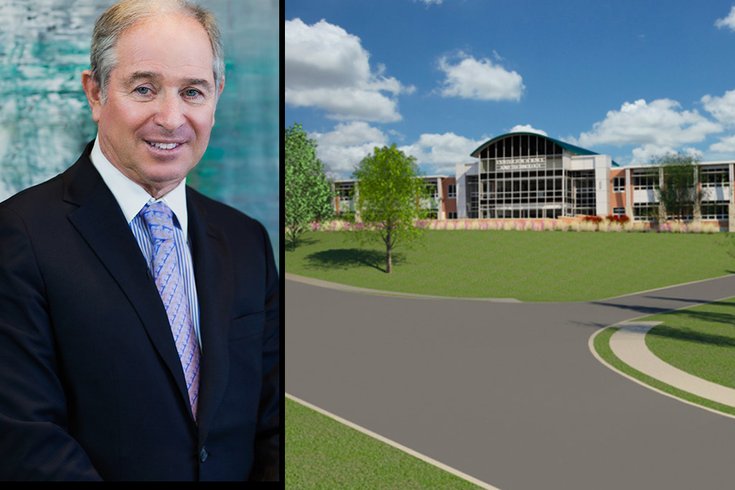 The Foundation for Abington School District is set to vote Tuesday night on approval of a pledge agreement with $25 million donor and alumnus Stephen A. Schwarzman.

The board of directors of the Foundation for Abington School District (FASD) will vote Tuesday night on approval of a pledge agreement with its $25 million benefactor.

The agenda for the 7 p.m. meeting was revised Thursday to include a vote on the agreement with billionaire investor Stephen A. Schwarzman, a 1965 graduate of Abington Senior High School.

The Abington School Board voted on Tuesday night to accept the gift and the pledge agreement containing conditions for the donation. Some residents sought a delay in the school board's vote for reasons that included the proposed restructuring of the FASD. A nonprofit corporation created in 2017 to manage the Schwarzman gift, the FASD will be responsible for liquidating Blackstone stock for the school district.

Schwarzman's generosity led to a public uproar when it was revealed the district had initially agreed to rename the high school for the Wall Street executive and philanthropist. The school district quickly backtracked and apologized to the school community and alumni for failing to include them in talks about renaming the high school. It also promised that the school's name would remain as is, in perpetuity, and Schwarzman agreed to carry through with his donation.

Schwarzman, the co-founder and chairman of The Blackstone Group, a global private equity firm, and former policy adviser to the Trump Administration, credits his education at Abington as an influential force that shaped his life and career success.

On Tuesday, the FASD would be placed under the control of the Abington School Board by amending the bylaws of the foundation to:

• Give the president and vice president of the school board, and the district schools superintendent, sole authority, by majority vote, to appoint FASD's board of directors.

• Provide that the leadership of the school board and the school district's chief administrators (superintendent, solicitor and business manager) will be "ex officio members" of the FASD board.

Schwarzman's largesse will be made in payments distributed on a pre-set schedule through 2022, beginning with a $6 million payment to be made by July 1.

The gift will be used to expand and renovate Abington Senior High School, and construct a state-of-the-art science and technology wing. Expected to open in 2020, it would be named the Stephen A. Schwarzman Center for Science and Technology, according to the proposed pledge agreement.

In addition to maintaining the current name of the school, the pledge agreement:

• Would not explicitly give Schwarzman an opportunity to participate in the planning, design or construction phases, nor does it provide him an avenue for input on the process. It would provide for "semiannual written reports" to Schwarzman regarding the projects.

• Stipulates that the auxiliary gym, at Schwarzman's request, would be christened the Billy Wilson Gym, the athletic complex as the Bobby Bryant Athletic Center and Abington's athletic hall of fame as the Coach Jack Armstrong Athletic Hall of Fame.

• Permits Schwarzman to remove his name from the building at any time. The district has the same right if Schwarzman "has engaged in any act of moral turpitude which results in a criminal conviction."

• Includes a district agreement to provide Chromebooks to each high school student beginning in September 2022. And while Schwarzman will receive "semiannual written reports" regarding the initiative, there is no mention of in-person meetings.

The agenda also includes items regarding the appointment of new FASD board members, requests for proposals (RFPs) for brokerage and legal services as well as proposals for amended articles of incorporation and bylaws for FASD.

Tuesday's meeting will be held at the school district's administration building.