About 50 dogs, cats removed from 'hoarding' situation at N.J. home 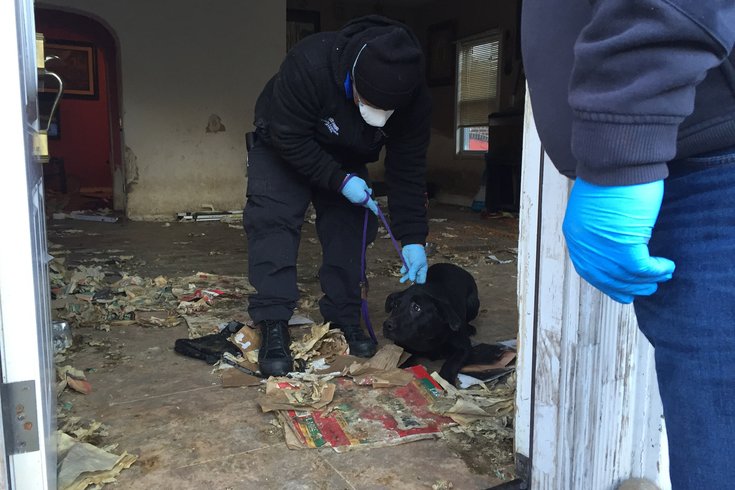 Police, health and animal-control officials, as well as volunteers, responded to the home on Hillcrest Avenue in North Bergen to find what they described as a "hoarding case."

A total of 49 dogs and five cats were removed from a New Jersey home Wednesday following complaints from neighbors about the living conditions, NJ.com reports.

Police, health and animal-control officials, as well as volunteers, responded to the unheated home on Hillcrest Avenue in North Bergen to find what they described as a "hoarding case."

"There's urine and feces everywhere, the beds were covered with...the animals took over the house. So that's why it's a hoarding case. There might be some mental illness. But the most important thing is we're worrying about the animals' welfare and the humane treatment of them, get them out of here to no-kill shelters."

The animals found ranged in age, according to NJ.com.

Seventeen of the dogs were puppies and three of the cats were kittens, the township said. One dog and 11 cats were also found dead.

According to NJ.com, Juan Perez, the home's tenant, was nowhere to be found. He failed to show up for a court appearance on charges of failing to license pets. A warrant has been issued for his arrest, and he will likely be issued dozens of summonses for animal cruelty, the township told NJ.com.

The animals will eventually be put up for adoption once their health is restored.

Anyone interested in adopting one of the rescued animals can call the North Bergen Health Department at (201) 392-2085.