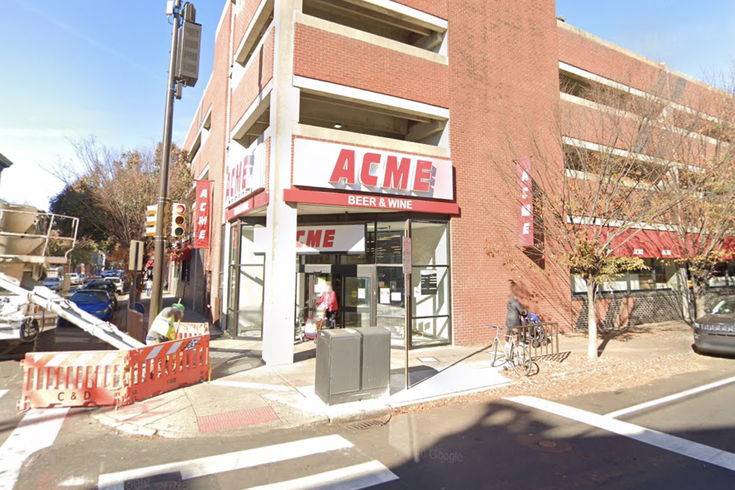 Acme Markets, pictured above on South Street in Philadelphia, is one of nearly two-dozen grocery chains operated by Boise, Idaho-based Albertsons. The company is conducting a strategic review that could result in the sale of some of its grocery chains.

Albertsons, the nation's second-largest supermarket operator and owner of Malvern-based Acme Markets, is conducting a review of its business strategy and could sell off some of its grocery chains.

Acme has been among the most recognizable markets in the Delaware Valley for decades, with roots tracing back to South Philadelphia during the late 19th century and the formation of the American Stores chain of grocers. The company's Acme brand became prominent in the early 1960s and changed hands with the Albertsons acquisition in 1999.

Albertsons, based in Boise, Idaho, owns nearly two dozen U.S. grocery chains. The company has retained Goldman Sachs and Credit Suisse to serve as financial advisers for its strategic review. Some of Albertsons' brands include Safeway, Jewel Osco, Vons, Shaw's and Tom Thumb.

"The board believes the continuing strength of our business and the scale of our portfolio of assets warrants a deep and considered review of all possible paths towards maximizing value creation," said Chan Galbato, co-chairman of the Albertsons board.

Albertsons operates more than 2,270 stores across 34 states and possesses a large manufacturing and distribution infrastructure in addition to pharmacies and gas stations. The company went public in 2020, led by investment firms Cerberus Capital Management and Philadelphia-based Lubert-Adler Partners, which together own about half the company's shares and were integral to Albertsons' expansion during the 2000s.

Albertsons share prices have risen about 85% since its IPO of $16 per share for 50 million shares of common stock. They have continued to rise into March following the announcement in late February of its strategic review, Transport Topics reported.

"Albertsons Cos. announced a strategic review of its business, sending the shares up sharply and investors scrambling on what could happen next," CFRA Research analyst Arun Sundaram said in a research note circulated by Supermarket News. "The most likely outcome, in our view, would be divesting underperforming banners to accelerate investments in areas like supply chain, technology and e-commerce. This could keep Albertsons competitive among big-box retailers (e.g. Walmart, Target), club stores (e.g. Costco) and online retailers (e.g. Amazon), all of which we think have the upper hand when it comes to competing in this new world of omnichannel retailing."

The company's review could lead to the sale of ancillary chains such as Acme, said Bloomberg Intelligence retail analyst Jennifer Bartashus.

Though Albertsons experienced a boom in sales seen by many grocery chains during the first year of the pandemic, the pace of growth slowed in the last year due to a combination of higher labor and logistics costs.

Albertsons did not provide a timeline for its review and did not indicate leaning in any strategic direction. The company trails only Kroger among U.S. grocers, but faces growing pressure from big-box competitors with in-store markets and others with more developed automation and delivery service capacity.