Virgin Hotel could be in plans for South Broad Street development 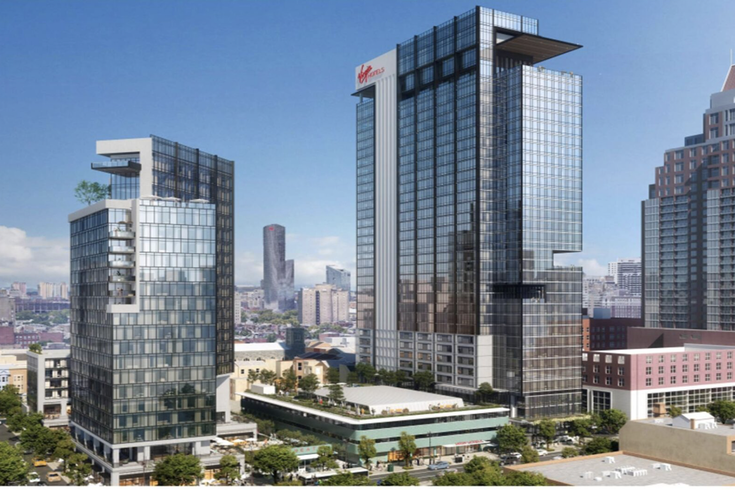 A rendering of a Virgin Hotel is included in plans for a major Center City development covering most of the block bordered by South Broad, 15th, Lombard and South streets.

The hotel industry was temporarily decimated by the lockdown stage of the COVID-19 pandemic, which saw much of the travel industry collapse in 2020. Last year's recovery was modest as public confidence and business travel began to rebound, but early signs this year indicate hotel occupancy will be up again as the "revenge travel" mindset takes hold among vacationers.

Prior to the pandemic, Philadelphia was in the midst of a hotel boom that ranged from large projects such as Element Philadelphia and the W Philadelphia to the Four Seasons Hotel at the Comcast Technology & Innovation Center. The city's first micro-hotel, Pod Philly, opened in late 2019 just in time for travel to evaporate.

Now, it appears a fancy Virgin Hotel could be on its way to Center City as part of a large development project in the works at Broad and Lombard streets.

The lots at 500 South Broad St., sold by the city in 2019, have an interesting past. They include the The District Health Center One, constructed in 1960, that was added to the Philadelphia Register of Historic Places in 2017. The block also includes the former World Communications Charter School, a large surface parking lot and the shuttered XO Lounge dance club.

The development group selected for the project in 2019 is led by The Goldenberg Group, The Badger Group and Harvey and Robert Spear, with design work from Skidmore, Owings & Merrill. A mixed-use vision for the project mentioned "residential, student housing, hospitality, restaurants and grocery," according to the Philadelphia Business Journal, but progress moved slowly during the pandemic.

Renderings of a Virgin Hotel came across the radar of OCF Realty this week as part of a project description on the website of The Badger Group, a Black-owned developer that will be a key player in the redevelopment of Penn's Landing with The Durst Organization. The Badger Group is also a partner on the North Station District near Broad Street and Glenwood Avenue in North Philadelphia. 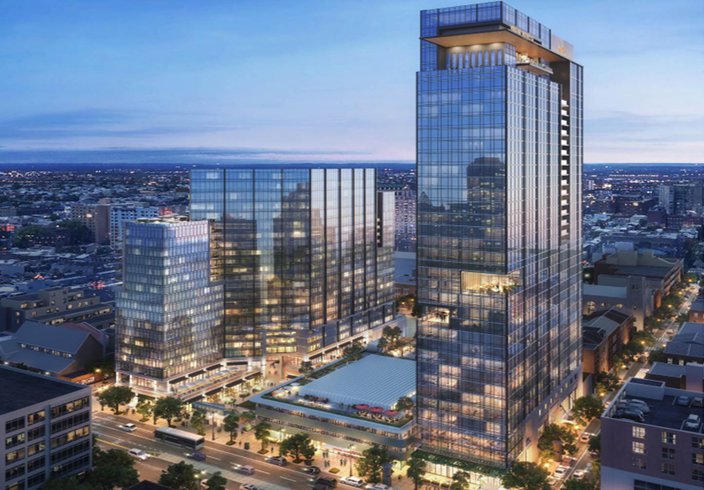 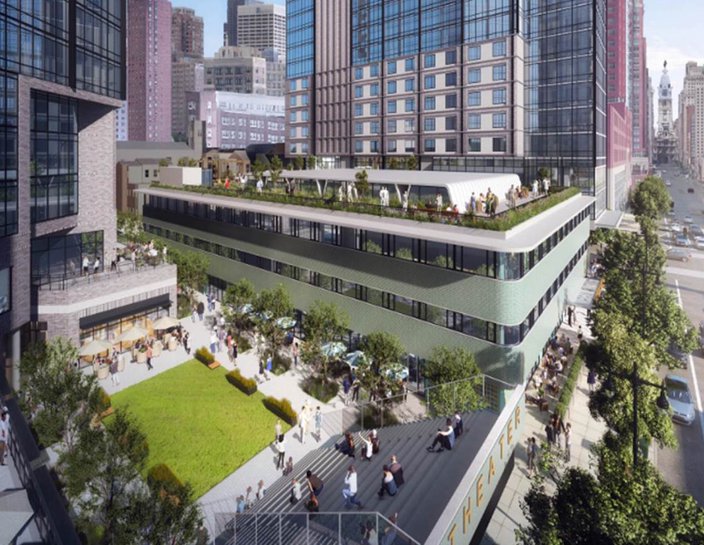 The renderings of the $450 million South Broad development clearly show a massive Virgin Hotel tower in addition to a theater and restaurant space.

Virgin Hotels also put out a press release last February alluding to developments in Philadelphia and other cities.

The completion of the Live! Casino & Hotel in South Philadelphia early last year came with the enticement of a new gambling center after years of stalled casino plans. Another splashy hotel surrounded by amenities on the southern boundary of Center City would be a huge change.

How quickly this project could move along is still unknown, but it represents a massive development to watch along the Avenue of the Arts.