The 2.1 mile corridor will be repaved with a mixed road layout consisting of three, four, and five lane sections 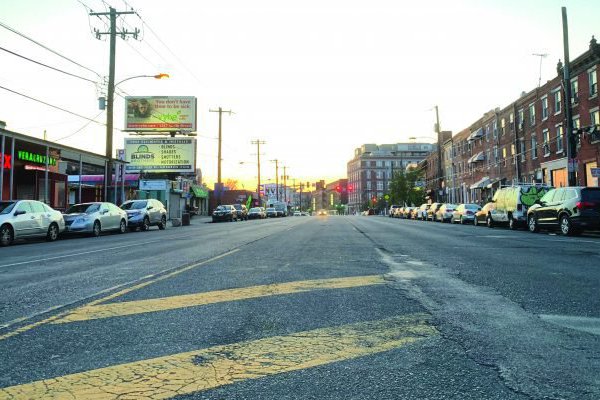 Philadelphia city officials released final plans for a hybrid, mixed layout design of Washington Ave. on Tuesday, nearly two years after the first reconfiguration plans were announced, which were met with concern from the community.

After nearly two years of community organizing, 22 blocks of Washington Avenue will be repaved and reconfigured with a mixed layout, city officials said. The design will incorporate three, four, and five-lane sections along the busy corridor, as well as traffic calming elements in order to increase safety precautions and curb frequent crashes.

Philadelphia's Office of Transportation, Infrastructure, and Sustainability hosted an open house on Tuesday evening to discuss the design and answer questions from community members, many of who remain frustrated by the ongoing plans.

"We feel like, under the circumstances, we've been talking about Washington Avenue for the last 10 years, and it's time to move on to the next chapter," OTIS Deputy Managing Director Mike Carroll said

"You don't live here," several residents shouted at Carroll as he explained the different measures the city would take to ease the flow of traffic without compromising safety.

Four blocks will keep the existing five-lane design, while eight blocks shift to four lanes and the remaining 10 blocks narrow to three-lane sections.

Businesses will also get specific unloading zones to stop the double parking that often occurs, and 18 blocks will add protected bike lanes.

This is a change from the four-lane plan announced several months ago, which was met with contention from many residents who felt it didn't do enough to adequately provide safety and other security measures.

It's also different from the original "final design" announced nearly two years ago. That was still a hybrid model, but the bulk of the street would have been three-lane.

As a response to the frustration in the room, Carroll reassured residents that although the work of OTIS and the city is done, community members can still have their voices heard through a City Council legislative process.

Carroll told the crowd that the repaving would happen this year as it does not need to be approved by City Council, although additional safety measures may come later. Washington Avenue was last paved in 2003.

Some of the traffic calming measures that were introduced include corner wedges, which officials say will curb the frequency of crashes that typically occur as drivers are speeding around each corner.

Additionally, pedestrians will receive a three-second head start to cross Washington Avenue during the morning and other off-peak hours, and Carroll says that pedestrians will have about 25 seconds total to get across.

The city will also add some soft rumble strips, similar to the ones recently added along the Benjamin Franklin Parkway. Also new to the corridor will be bus boarding islands that separate those waiting for buses from those trying to cross the street.

Carroll and other officials from OTIS stayed late at the Christian Street YMCA to answer questions from residents who remain concerned about the implementation of these measures.

The issue has become increasingly polarized as the years go by. From the initial community meetings in 2013 to the last several weeks, some residents felt as though their input was not being considered in the city's decision making.

"We can't just settle with the fact that there's this polarization, that there's this stark difference between businesses and long-term residents and folks who feel like they're being progressive around transportation and are focused on safety," Carroll told WHYY ahead of the open house. "We have to get the best ideas from everybody together at some point."

Long-term residents, particularly community members of color in Grays Ferry and Point Breeze, feel that narrowing the streets would lead to further displacement in the historically Black neighborhood. Some feel that the city is taking the side of new residents, many of who are contributing to the gentrification of the community.

I attended the @PhillyOTIS event to listen to residents about the new plan to find out what people liked and did not like about it. I will be speaking to OTIS officials soon about what I heard tonight to make sure the voices of everyone are heard. 2/ pic.twitter.com/D8AAdyqSyf

Many of those new residents support the three-lane design because it makes the city more walkable and allows for protected bike lanes.

Other community members feel that the city's initial decision making was meant to benefit business owners and developers looking to add to the business inventory along the 2.1 mile corridor.

As a result of these concerns, OTIS and other city officials attempted to reopen the public discussion surrounding the changes, particularly as they developed the mixed layout design.

"We did our best to get a diverse group of people on both sides of Broad Street," Carroll said. He did note that the venue was over capacity for the open house, largely because the event grew such a large crowd and OTIS officials did not want to leave anyone out on the street.

There were 254 crashes on Washington Avenue between 2012 and 2018, city officials say. Four people died and six others were critically injured as a result.

The data collected by OTIS in 2019 has remained the focal point of its decision-making, including the idea that narrowing Washington Avenue will lead to people choosing alternative routes as congestion picks up.

The three-lane "road diet" from 2020 assumes 10% of drivers will choose different routes, while the current plan only assumes 5% of people will.

Councilmember Kenyatta Johnson, whose district includes portions of Washington Avenue, attended the open house to take suggestions and speak with community members about their concerns over the new plan.

City officials hope that the repaving can begin by the summer, depending on how quickly the design legislation can make it out of City Council.