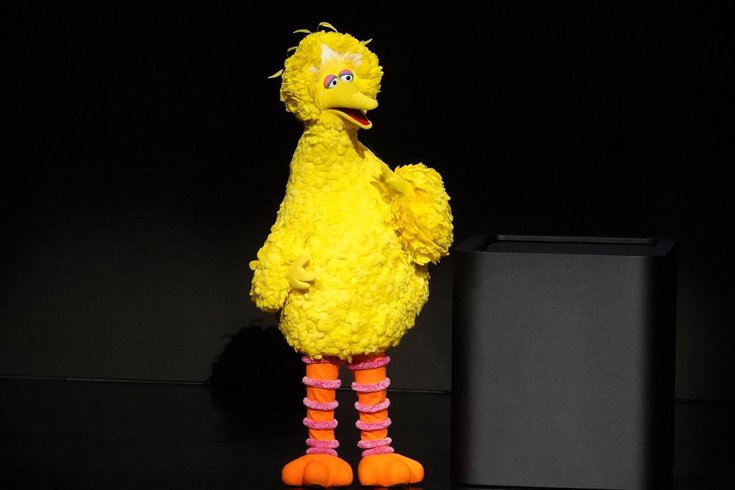 Alex Da Corte, a Camden, native and Philly-based artist, is creating a model of the "Sesame Street" muppet Big Bird for The Metropolitan Museum of Art in New York.

Alex Da Corte is building off the Jim Henson craze — generated by the addition of "The Muppet Show" to Disney+ — by creating a "Sesame Street"-themed exhibition at The Metropolitan Museum of Art in New York.

Da Corte, a Philadelphia-based contemporary artist, will install a Big Bird replica on The Met's roof as part of an exhibit titled "As Long as the Sun Lasts." It will run from April 16 to Oct. 31.

Da Corte, 40, who is creating the work from his Philly art studio, told the New York Times that the exhibit will feature the famous muppet overlooking the city.

"We wanted Big Bird to have agency. Will Big Bird stay or go?" Da Corte told the newspaper. "There’s something beautiful about wondering what Big Bird is looking for. Maybe the sunset."

The work is the ninth site-specific installation commissioned by the museum for the rooftop. It may be coming at the perfect time, since "The Muppet Show's" February arrival to Disney+ has created a renewed interest in the Henson universe, along with this viral clip of "The Sopranos" star James Gandolfini appearing on "Sesame Street."

Unlike on "Sesame Street," Da Corte's Big Bird will be blue. This is in reference to the color of the puppet on the Venezuelan version of the show, which the artist watched as a kid — Da Corte was born in Camden but spent the first eight years of his life in South America.

Da Corte previously had work displayed at the Institute of Contemporary Art in University City and at Pittsburgh's historic contemporary art exhibition, The Carnegie International, among other places. He received a Bachelor's degree from the University of the Arts in Philly and a Master's in Fine Arts from Yale University.

The Met has various COVID-19 health and safety guidelines in place, including a requirement to reserve tickets advance online. Discounts are available for some visitors, including pay-what-you-wish admission prices for New Jersey students.