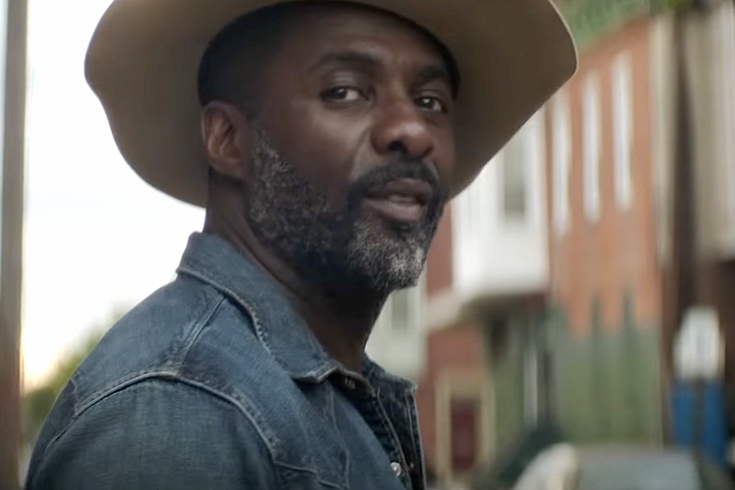 "Concrete Cowboy," the highly-anticipated film based on Philadelphia's long history of Black urban horseback riders and contemporary challenges to their survival, premiered Friday on Netflix.

The movie, starring Idris Elba, was filmed in parts of Philadelphia including Fletcher Street in Strawberry Mansion, where some local residents steeped in the community partook in the production.

Philadelphia's Black horseback riding tradition, which goes back at least a century on Fletcher Street, has evolved in recent decades as an outlet for young people who might otherwise follow a dangerous path in life. It offers them lessons in animal husbandry and horseback riding along with mentorship in important life skills.

Elba, an award-winning actor, has promoted "Concrete Cowboy" with a goal to raise awareness of Philadelphia's Black horseback riding communities and help them overcome the encroachments they face, from land grabs and gentrification to scrutiny of their stables.

Best-known among these groups is the Fletcher Street Urban Riding Club, a nonprofit organization founded in 2004 by Ellis Ferrell. The 81-year-old Florida native came to Philadelphia as a teenager and has been a pillar of the city's equestrian community, originally at Fairmount Park and later in Brewerytown before establishing his club in Strawberry Mansion.

The club has endured land seizures over the years and now is on track to lose its grazing and riding lots, located at 2610-16 West Fletcher St. in Strawberry Mansion, to a senior housing project planned by the Philadelphia Housing Authority. In recent years, the club completed the construction of new stables and offices at a nearby lot.

Ferrell, 81, created a GoFundMe campaign this year to raise $100,000 for a permanent home. The campaign already has collected more than $41,000 in donations, but the organization is concerned that a separate GoFundMe campaign initiated with the support of the "Concrete Cowboy" filmmakers may confuse viewers who wish to support the club.

"Fletcher Street Urban Riding Club believes that the public will perceive that the funds raised will be for the Club and fears that this campaign will detract from its efforts to raise funds for its own permanent home and siphon potential funds from its independent initiatives," the club said in statement. "The Club hopes that the filmmakers clear the record for the public and give credit to the iconic Fletcher Street Riding Club for the pre-existing and long-term contributions it has made to Black youth by fostering horse riding as a productive and community-building activity."

This newer nonprofit, founded in January 2019, is raising money for a facility somewhere in downtown Philadelphia that would provide stabling for up to 25 horses, an indoor and outdoor arena, and classroom and recreational spaces.

PURA's Instagram page describes the organization as "an extension and outgrowth of the original Fletcher Street Stables," offering a variety of youth programs in partnership with other city groups and sponsors.

Ferrell, 81, told the Inquirer he's concerned that those who see the film might think his club is double-dipping with two fundraising campaigns, or that that those who believe they're donating to his campaign may instead be giving money to the other.

PURA's executive director, Erin Brown, said the problems facing Fletcher Street Urban Riding Club are shared by similar equestrian groups in Philadelphia and that her own riding background pre-dates the founding of Ferrell's club. She views "Fletcher Street riders" as a broader term for those who grew up riding horses in Strawberry Mansion, which once had an equestrian center where she learned and which has since closed.

Attempts to reach PURA on Friday for additional clarification about its mission were not immediately returned.

"Concrete Cowboy," based on the Greg Nery novel "Ghetto Cowboy," made its festival debut in Toronto last fall and had its theatrical release disrupted by the coronavirus pandemic, prompting Netflix to step in for distribution.

The movie centers on a North Philly father, played by Elba, who mentors his 15-year-old son, Cole, played by Caleb McClaughlin, in the urban pastime of horseback riding on Fletcher Street. The trailer for the film can be seen below.