The limited series, based in the Philly suburbs, will premiere April 18 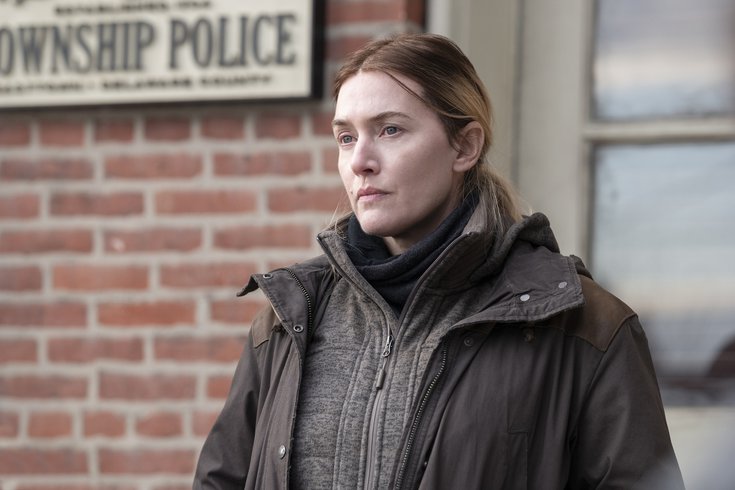 Kate Winslet plays Mare Sheehan, a detective with an unraveling personal life, in HBO's upcoming limited series 'Mare of Easttown.' The show is based in Chester County, Pennsylvania, but the characters reflect the broader 'Delco accent' of Philly's western suburbs.

HBO's upcoming detective drama "Mare of Easttown" has a lot of audience appeal going for it in the Delaware Valley.

The limited series stars Kate Winslet as a small-town detective in Chester County's Easttown Township, where a child's disappearance and murder have created a public outcry for justice.

Winslet, always a versatile actress, has played numerous roles that required her to adapt her British tongue into a local accent. She amused the region earlier this year when she admitted during a virtual panel that learning the Delco accent, with its mangled vernacular, made her "want to throw things."

A teaser trailer released last month offered a good glimpse of Winslet in action and gave us a base to compare her vocal style with other out-of-towners who have tried to master the dialect of Philadelphia's western suburbs.

But a new HBO trailer, released Wednesday, provides a more extended look at Winslet's fatigued character and a better sense of what appears to be a pretty engrossing story.

The script for "Mare of Easttown" was written by Brad Inglesby, a Berwyn native and Villanova University graduate whose other projects include "Run All Night" with Liam Neeson and "The Way Back" with Ben Affleck.

Winslet plays Mare Sheehan, a former high school basketball star who resents her town's obsession with her past glory. She appears hobbled by an injury and has a dry sense of humor that peeks out from her overall exhaustion. When a body is discovered in a local creek, county detective Colin Zabel is brought in to work with Mare on the year-old missing child case.

The Philadelphia area has a had a strong run with recent mysteries, dramas and thrillers, including M. Night Shyamalan's Apple TV series "Servant," which just wrapped up its second season. "Concrete Cowboy, a film starring Idris Elba and based on Philly's urban horseback riding clubs, is set to premiere Friday on Netflix.

The Delco accent aside, "Mare of Easttown" looks to be a show that will represent the region in a compelling way.