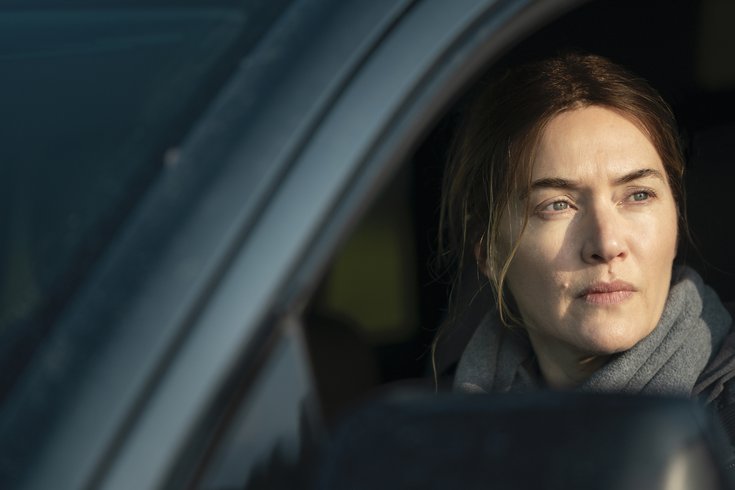 For actors, the Philly accent can be a tough one to nail down. It's so hard that even the ones you'd think would be best at it — like the cast of a long-running show called "It's Always Sunny in Philadelphia" — have been known to struggle.

Sometimes the bad accent work is intentional, a way to rip us for our divisive accent, which has been dubbed "sexy" as well as downright offensive. And, if we're being honest, the jokes are pretty deserved. Other times, however, it's simply an unsuccessful attempt at doing an accent that has been known to frustrate even the best actors.

More often than not, they fall into the trap of over-doing it. As someone from Philadelphia, I can tell you first hand that there is no need to go over the top with the Philly accent — it's already grating enough on its own without adding anything extra.

And it can be that little extra that takes it from Mid-Atlantic to something from across the Atlantic.

In case you missed it, Michael C. Hall's accent work on 2019's "In the Shadow of the Moon" on Netflix was simply unforgettable. Unfortunately, it was for all the wrong reasons, the biggest of which likely being the fact that everyone else in the movie had relatively nondescript accents, while Hall went all in on the Philly dialect, and more often than not missed the mark by a wide margin.

I AM ALL IN LETS DO THIS pic.twitter.com/7g5MSoDHYz

Honestly I’m loving this for the accent work alone

If our local accent is so hard for fellow Americans to nail, how could a foreigner ever stand a chance? Others have tried, like James McAvoy and Sienna Miller, to varying degrees of success.

On Wednesday, HBO released the first trailer for "Mare of Easttown," a new Chester County-based limited series coming to the network on April 18 in which Winslet plays a small-town detective named Mare Sheehan. It was created by Brad Inglesby, who is from the area, so Winslet probably felt extra pressure to get the accent just right.

Did you, like several of my colleagues and followers on Twitter, have a tough time picking up on the Philly in Winslet's voice? Listen again, specifically to these three parts...

• But the crowning achievement comes at 1:41, when she says, "Doing something great is overrated." It doesn't get much better than that.

Compare that last line to anything Michael C. Hall says in "Shadow of the Moon" and you can see the difference between a good, convincing Philly accent and one that's wildly over the top.

In other words, Winslet nails it — at least so far — and that didn't always seem like it was going to be the case.

Earlier this month, Winslet spoke to a virtual panel about the difficulties she had with the Delco* accent, saying it was one of two that have "made her throw things."

*Even though the show is set in Chester County, it seems like some of it was shot in Delaware County — Easttown is right on the border of the two — and that's where Winslet reportedly adopted the accent from. I think it's also worth noting here that while I call the accent a Philly accent, that's more of a general term, as there are several different versions within the region. A South Philly accent isn't the same as a Northeast Philly accent, for instance. And this is very clearly a Delco accent.

Here's more from Winslet on the struggles of learning our local dialect:

"It was up there with the hardest accents I’ve ever done, in the top three for sure," Winslet said. "It’s one of only two dialects in my life that made me throw things — that and the dialogue that they made me do in the movie about Steve Jobs."

"The thing that was hardest for me was to do (the Delco accent) well enough that you don’t really hear it," Winslet said. "That’s what’s important to me: to make it disappear and blend in."  [MORE]

And, based on the reactions I've been getting, that's exactly what the British-born Winslet did — she made it "disappear and blend in." By that standard, she absolutely nailed it.

She also nailed the publicity angle as well.

"I didn't go to the King of Prussia Mall, but Wawa is a big part of my life." -Kate Winslet, sans context #TCA21

If you need me, I'll just be over here imagining Kate Winslet ordering a classic Italian at Wawa and then asking the guy behind the counter if she can get extra oil in a perfect Philly accent.

(And yes, I know "extra oil" is an option on the touch screen, but give her a break, she's still new at this.)