From 'Fake Famous' to 'Malcom & Marie': Here are some streaming suggestions for February

Need help finding something to watch this month? PhillyVoice staff shares what they'll be watching 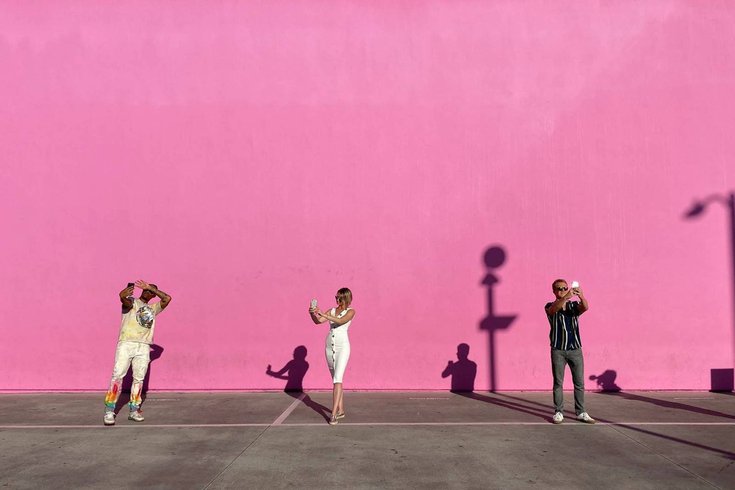 'Fake Famous' on HBO is a documentary about journalist Nick Bilton trying to turn three ordinary people, shown above, into famous Instagram influencers.

It can be hard to decide what to watch when there are so many options out there and tons of new shows and movies are being released on the streaming services each month.

If you're looking for some suggestions, we've created a roundup of PhillyVoice staff picks listing what we plan on watching in February. Maybe seeing what we're interested in binging this month will help you make a decision.

RELATED: Pennsylvania's 'Silence of the Lambs' house is turning into a creepy boutique hotel | Will Smith explores what it means to be a U.S. citizen in new Netflix series 'Amend'

This month, I'm looking forward to streaming "To All the Boys: Always and Forever," premiering on Netflix on Friday, Feb. 12., and "Fake Famous," streaming now on HBO Max.

I've watched the first two "To All the Boys" movies and read the books, so I'm super excited for the third movie to finally be released. This is a feel-good, teen-romance trilogy and I'll definitely put it on one night when I'm feeling stressed out and need to relax."

"Fake Famous" on HBO will likely be watched this weekend. The documentary about journalist Nick Bilton trying to turn three ordinary people into famous Instagram influencers is getting a lot a buzz and I'm curious about what happens.

Below are more shows and movie selections from the PhillyVoice staff for this month.

Michael: 'Crime Scene: The Vanishing at The Cecil Hotel' (out Feb. 11 on Netflix)

Netflix has been on a roll with crime documentaries and other mysterious investigation's, from "Night Stalker" (the Richard Ramirez murders in L.A.) to the classic "Unsolved Mysteries" and "American Murder," which examined the probe into Chris Watts' haunting murder of his wife and two kids.

With this new look at the Cecil Hotel, the four-part series will dive into the freaky, paranormal events at an L.A. hotel that has links to the Black Dahlia mystery and the unusual 2013 death of Elisa Lam.

This appears to be the kind of show that breaks a Netflix dry spell and instantly hits the top 10. That's always a refreshing feeling when you open the app.

I've been meaning to watch more Best Picture-winning films during the never-ending quarantine, so this Guillermo Del Toro-directed movie will be next on my binge list. Eager to see what the hype is all about.

I just started watching old seasons of 'Married at First Sight' and plan on watching Season 10 once it hits Hulu this month. It’s a good mindless show that has a special way of holding my attention and keeping me from doom scrolling on Twitter. I’ve also been looking forward to seeing Zendaya in "Malcom & Marie."

To get in the spirit for Valentine’s Day, I’ll probably end up rewatching some old rom coms like "You’ve Got Mail" and "My Best Friend’s Wedding."

I’m looking forward to watching "American Psycho 2" on Hulu. I had never heard of this 2002 sequel starring Mila Kunis until I noticed it on Hulu’s streaming list. I’m excited to see how it’s connected to the original film 2000 staring Christian Bale, though the user reviews suggest that connection is tenuous. The sequel was directed by Morgan J. Freeman – no connection to that Morgan Freeman.

"American Psycho" with Christian Bale as Patrick Bateman also currently is available to stream on Hulu.