Property from acclaimed 1991 thriller will soon open for bookings 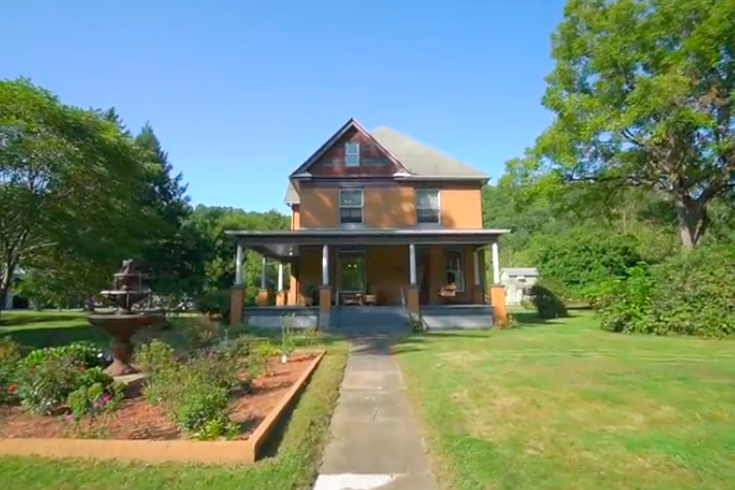 The Buffalo Bill home is located at 8 Circle St. in Perryopolis, Pennsylvania, and was featured prominently in the 1991 thriller 'The Silence of the Lambs.' The recently purchased property will soon be available for boutique-style overnight accommodations.

Film buffs and adrenaline junkies will be pleased to learn that the new owners of the so-called Buffalo Bill house in western Pennsylvania — famous for its role in "Silence of the Lambs" — is becoming a mini-hotel where you can book overnight stays.

Located in the tiny Fayette County town of Perryopolis, the chilling set piece sold late last month for $290,000, according to records from the real estate website Zillow.

The new owners of the four-bedroom, one-bathroom home have since launched a website promoting the property as an overnight rental and event space that can soon be booked for guided tours, weddings and even filming.

Though bookings are not yet available, the site includes a newsletter sign-up for updates on the pending launch date.

The house at 8 Circle St. was the fictional home of the deranged serial killer Buffalo Bill in the 1991 film "The Silence of the Lambs," starring Jodie Foster, Ted Levine and Anthony Hopkins. The movie has frequently been ranked as one of the most influential thrillers and has spawned several sequels and prequels in the Hannibal Lecter universe, based on the work of novelist Thomas Harris.

The house was built in 1910 and sits on two acres of land, with views of the nearby Youghiogheny River, a three-car garage and a winding railroad just off the lawn. It still retains many aesthetic attributes seen in the film. From the booking website:

Highlights of the residence include 4 bedrooms (with a sleeping capacity of 10 people), formal living room, parlor room, multiple fireplaces, a beautiful garden and water fountain, wraparound lemonade porch, gazebo, and in-ground pool to enjoy in the warmer months, and even a vintage train caboose to explore! All original hardwood floors, woodwork & trim, as well as vintage pocket doors are some of the wonderful accents of yesteryear showcased throughout the quarters.

If you're wondering whether there's a well in the basement — the most terrifying feature of captivity in the movie — it turns out that part of the film was shot on a sound stage. But there is a cold cellar that appeared on screen, as can be seen in a tour of the property from Pittsburgh-based realtors The Sisters Sold It.

The Buffalo Bill house last sold in 2016 for $195,000, fetching minimal demand at the time, according to the Associated Press. This time around, the house sat on the market for about four months and found a buyer with a unique vision for its future.

Eileen Allen, one of the realtors involved in the deal, shared the news on Instagram this week, saying multiple offers came in for the property.

Diehard fans of "The Silence of the Lambs" may need to start planning their pilgrimages.