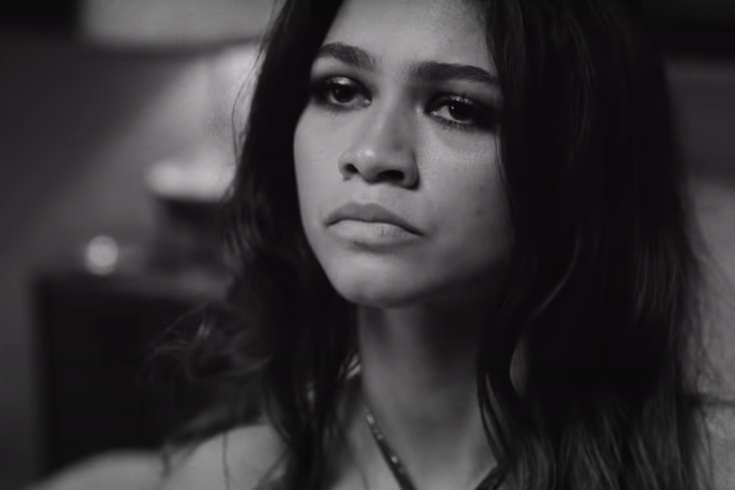 'Malcolm & Marie,' directed by Sam Levinson, creator of HBO's hit teen drama 'Euphoria,' is among the titles coming to Netflix in February 2021. Zendaya, pictured above, stars in the movie with John David Washington.

"Malcolm & Marie," a new movie directed by Sam Levinson, the creator of HBO's hit teen drama "Euphoria," is among the titles coming to Netflix in February.

The film, which co-stars "Euphoria" actress Zendaya and "Tenet" lead John David Washington, follows the couple in the midst of a tumultuous relationship. Levinson also wrote the flick, which premieres on Feb. 5.

Like notable Netflix originals "MANK," which premiered in December and "Roma," which was nominated for Best Picture in the 2019 Academy Awards, "Malcom & Marie" is shot in black-and-white. It also was filmed entirely during the coronavirus pandemic and fittingly looks to be  primarily set in the claustrophobic, tense home of characters Malcolm and Marie.

The plot follows the two stars, who play a filmmaker and his girlfriend, as they return home from a movie premiere and wait for critics' reviews to roll in.

"Malcolm & Marie" received its share of real critical attention when it premiered at the Toronto Film Festival last September. It sparked at bidding war between other companies and Netflix, which eventually paid more than $30 million for the rights to the film.

Washington, who plays Malcolm, is the son of actor Denzel Washington. He broke onto the film scene with a starring role in Spike Lee's "Blackkklansman" in 2018, before 2020's Christopher Nolan film "Tenet." Prior to those, Washington starred in HBO's "Ballers" with Dwayne "The Rock" Johnson.

Watch the trailer for "Malcolm & Marie" below.

There are plenty of other titles coming to the streaming service in February, as Netflix's continues with its promise to debut one new movie every week of 2021.

"To All the Boys: Always and Forever," the third and final installment of the Netflix's original trilogy arrives Feb. 12, just in time for Valentine's Day. The American teen rom-com picks up following character Lara Jean's return from a family trip to Korea.

Also coming in February,  Season 1 of "Firefly Lane," debuts Feb. 3. The new show stars Katherine Heigl of "Greys Anatomy" fame and Sarah Chalke from "Scubs" as two long-time best friends. It's been described as "Sweet Magnolias" meets "This is Us."

Here is a list of all the shows and movies coming to Netflix in February, followed by the list of everything departing the streaming platform next month.

Coming to Netflix in February 2021

Made You Look: A True Story About Fake Art (2020)
Sisyphus
Vincenzo

All My Friends Are Dead
Black Beach
Firefly Lane

Crime Scene: The Vanishing at the Cecil Hotel
The Misadventures of Heidi and Cokeman (En Passant Pêcho)
The World We Make (2019)

Buried by the Bernards
Nadiya Bakes
Hate by Dani Rovira
To All the Boys: Always and Forever
Xico’s Journey

Animals on the Loose: A You vs. Wild Movie
Good Girls: Season 3

Behind Her Eyes
Hello, Me!
MeatEater: Season 9 Part 2

I Care A Lot
Tribes of Europa

Brian Regan: On The Rocks
Pelé