Anchors Erin Coleman and Keith Jones host the daily digital program, which can be watched on Roku and Apple TV 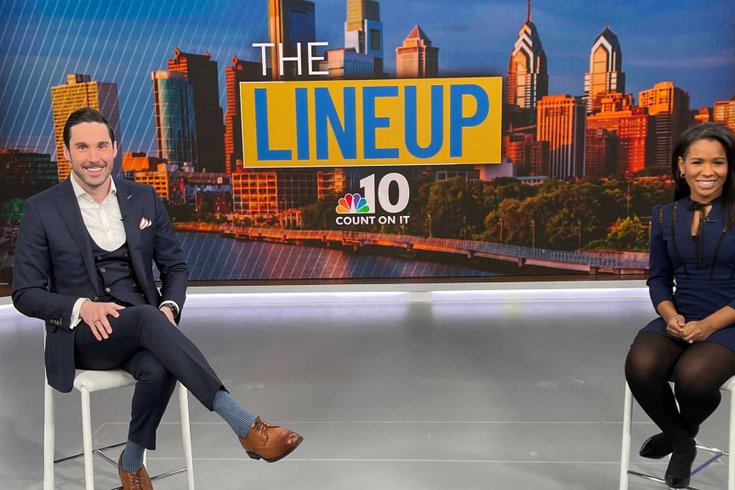 "The Lineup" will have new episodes available to stream every weekday morning at 9 a.m.

NBC10 Philadelphia jumped into the streaming world on Monday with a digital-only news show called "The Lineup."

The newscast is described as "a quick way to catch up on the news you need — and the news you'll be talking about — all day long."

The new program will have episodes available every weekday at 9 a.m., and the show can be streamed at any time.

To watch "The Lineup," viewers will need to download the NBC10 TV app on Roku and Apple TV. Episodes, which typically run 7-10 minutes long, can also be watched on NBC10's website.

The streaming-only newscast is hosted by anchors Erin Coleman and Keith Jones, who will cover the biggest local, national and international news stories of the day.

Below is a clip of Monday's debut to get a feel for the digital-only newscast's format. Coleman and Jones discussed the potential firing of Eagles' head coach Doug Pederson, which happened just hours after the episode dropped.

"As more audiences watch video content via streaming media services, we will continue to be at the forefront in using these platforms to deliver the news and stories our viewers need to know to be informed each day."

Coleman and Jones made the move to NBC10's morning show in September as part of a revamped lineup at the local news station.

Both anchors can be seen on "NBC10 News Today" on weekday mornings from 4-7 a.m., as well as the broadcast network's 11 a.m. telecast.

Coleman, born in Philadelphia and raised in Voorhees, Camden County, joined NBC10 in 2016. Jones, an Ocean County native and Villanova University alum, has been with the network since 2012.