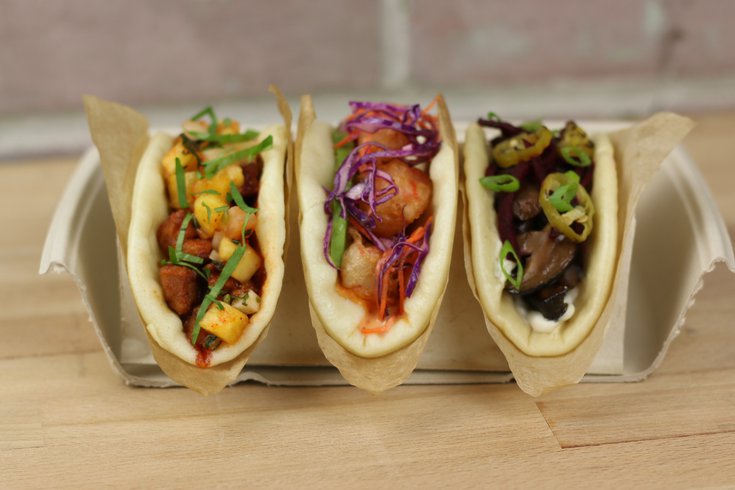 DOHO is a Mexican and Asian fusion restaurant. Tacos are made with bao bun dough.

A new taqueria from Catering By Design officially opens Tuesday. The Mexican and Asian fusion restaurant DOHO, operating out of a ghost kitchen in Mt. Airy, will offer delivery and takeout only to start.

To eat, there are tacos made with bao bun dough, bowls with protein choices like tempura shrimp and skirt steak, as well as "side jawns," which include black beans with a soy-ginger-scallion-lime sauce and chorizo fried rice.

But the restaurant's creativity goes beyond its unique and surprising menu. DOHO's logo was designed by students of Mural Arts Philadelphia's Art Education program.

CBD president Peter Loevy had reached out to Mural Arts executive director Jane Golden to see if the organization would be interested in the project, which offered the students some real-world experience.

Mural Arts is the nation's largest public art program, and through its Art Education program it provides opportunities to work with known artists, contribute to public art projects, develop creative portfolios and find internships and scholarships.

"After trying our eats, the Mural Arts Philadelphia Artepreneur Students started sketching," the post states. "We met with them via Zoom to talk about color patterns, inspiration and the feel and look we were going for. The students’ work blew our minds."

The first meeting with the Mural Arts students was back in October, according to another Facebook post by the restaurant.

Food from DOHO can currently be ordered through Grubhub and Toast. There's plans for a brick-and-mortar store to follow.

"I said I would never own a restaurant, but I’ve never lived through a pandemic either that cancelled over 700 events," Loevy said. "DOHO’s food is unique, delicious, and has received many accolades since our 45-day soft opening."

DOHO's current menu is below. 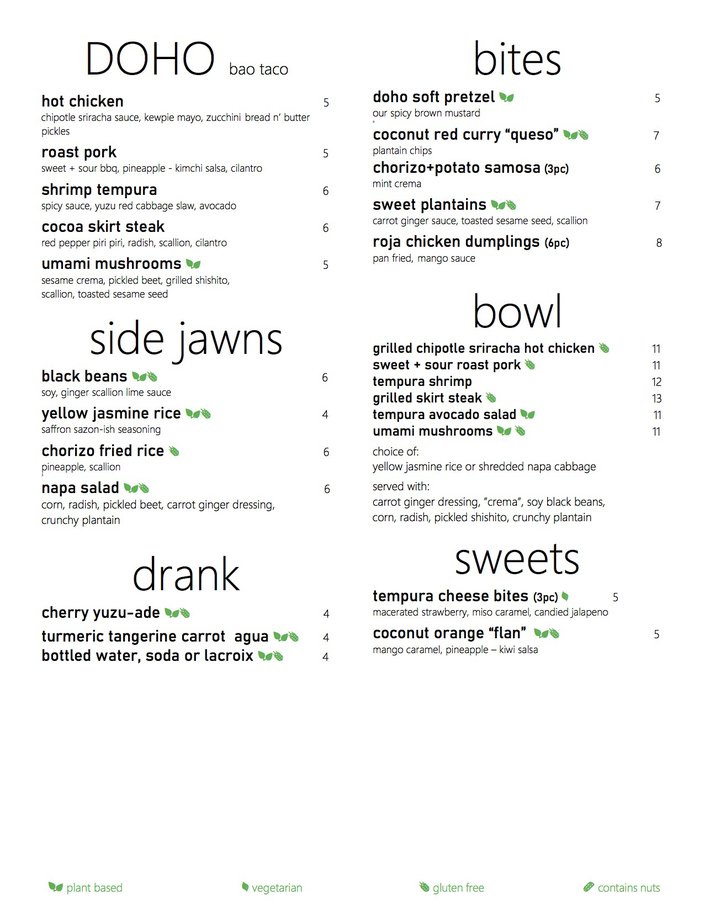