Tina Fey returns as a ghost to 'Saturday Night Live' 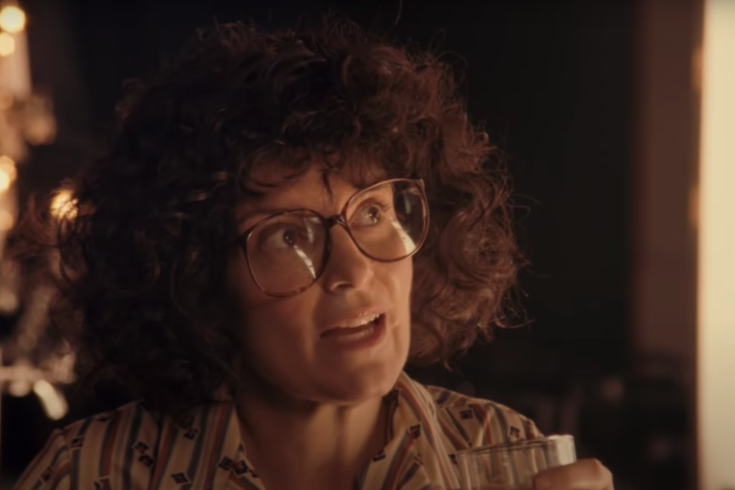 Tina Fey was one of several former "Saturday Night Live" cast members who returned this weekend in a sketch inspired by "The Shining."

The sketch opens up with the actress walking down the halls of SNL's headquarters at 30 Rock in New York City and looking at the photos of former guest hosts, including Baseball Hall of Famer Derek Jeter, former NASCAR driver Jeff Gordon and disgraced actor Kevin Spacey.

"So many memories," Rudolph says as she walks around the show's stage and sees flashbacks to her time as a cast member from 2000-2007.

Rudolph then walks over to a bar offstage to get a drink. While Rudolph is getting her beverage, Fey — playing the role of former SNL writer Gloria Zelwig — appears at the bar.

"You were a pioneer," Rudolph says, referencing Zelwig's standing as one of the show's original writers.

"Well, I was the first one to have the idea that maybe the women could talk," Fey's character responds.

"Wow. So those were some pretty wild times, huh?," Rudolph asks.

"I'm sure it's still the same," Fey's character says. "Do people still have sex during the HR meeting?"

Upon hearing from Rudolph that it doesn't happen anymore, Fey's character says "You're missing out."

After telling Rudolph that she's a ghost, Fey's character cracks a joke about how she died.

"But you'll never believe how I died," Fey's character says.

"Was it an overdose?," Rudolph responds.

"Perm cancer," Fey's character says as she points to her wig. "Worth it."

Fey's character also jokes that SNL has had to flood the building with red wine because the show cannot have its well-known afterparties right now due to the COVID-19 pandemic.

"This building is like a person, Maya," Fey's character says. "It holds memories of what came before. Every time you come back, you discover something new."

The segment was a parody of the 1980 horror film "The Shining" starring Jack Nicholson. The critically-acclaimed movie, which was written and directed by Stanley Kubrick, was based upon Stephen King's 1977 novel with the same title.

The entire sketch can be watched below.

A native of Upper Darby, Delaware County, the comedian and actress Fey starred on SNL as a cast member and writer from 1997-2006.

Jack Harlow was SNL's musical guest this weekend. Full episodes can be watched on YouTube or Peacock, NBCUniversal's streaming service.