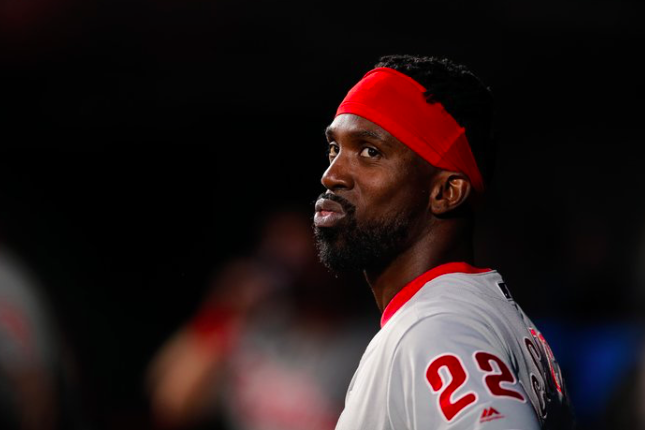 Phillies outfielder Andrew McCutchen is out for the season with an ACL injury, but his wife threw him an All-Star Game party to show the family's appreciation for a stellar career.

Philadelphia Phillies outfielder Andrew McCutchen is out for the season after suffering a torn ACL in early June, but his wife went all out to celebrate the 10-year veteran's accomplishments during Tuesday night's All-Star Game.

McCutchen, a five-time All-Star, has a long road of rehab ahead of him. When he returned home from a local family fun center on Tuesday, his wife, Maria, told him to go down to the basement of their home.

McCutchen can take it from there.

.@MLB, can we write-in Maria McCutchen for @AllStarGame MVP?

That has to be grounds for an All-Star Game MVP, right?

RELATED: Kevin Cooney: Despite all-in approach to season, Phillies must resist urge to be impulse buyers at deadline

The Phillies could certainly use McCutchen for the second half of the season, but they'll have to make it work without him while he recovers from his knee injury.

The American League beat the National League 4-3 in Tuesday night's game. The Phillies next take the field at home on Friday night against the Washington Nationals.