In appreciation of Earnie Stewart and the transfer market (part one) 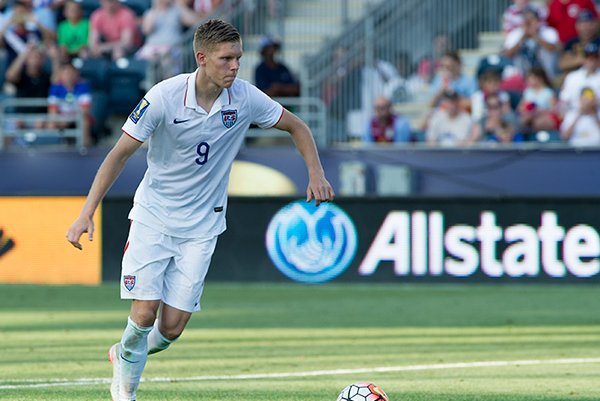 Prior to his time in Philadelphia, you probably knew Union Sporting Director Earnie Stewart as the 100-cap American international who scored the game-winning goal against Colombia in the 1994 World Cup. Maybe you watched him lift the MLS Cup with D.C. United or saw highlights of the goals he scored in the Netherlands.

Despite an 18-year playing career that featured more than 500 appearances and 125 goals for club and country, I think Stewart may have actually done his best work in recent years, behind the scenes, as a shrewd dealer in the international transfer market.

Stewart began his front office career in 2005 as the Technical Director of VVV-Venlo, then assumed the same post with NAC Breda in 2006 before moving to AZ Alkmaar in 2010. He's mastered the art of buying low, selling high, and promoting from within. He hasn't worked with "big" budgets, at least relative to Europe's more financially robust teams. He even took his colleagues to see the movie "Moneyball," which is the perfect explainer of his sporting strategy. Billy Beane, the former Oakland Athletics general manager who popularized that philosophy, later became an advisor at Stewart's AZ Alkmaar.

Stewart was the perfect fit for a Philadelphia Union ownership group that required cunning in lieu of cash splashing.

I'm working under the assumption that Stewart had full control over transfer activities from day one of each appointment. The beginning of a new job always provides a muddy time frame, and there might be a bit of overlap from one regime to the next. Did Stewart sign Chris Pontius last year, or was that the work of Jim Curtin and Chris Albright? Keep that idea in mind when reading through the article.

I won't spend too much time with Breda, since Stewart's most significant work took place at Alkmaar.

Most transactions were held to six figures, but Earnie usually came out with a transfer market profit.

Among the biggest steals was Matthew Amoah, the former Vitesse striker who couldn't get on the field for Borussia Dortmund. Stewart brought the Ghana striker back to Holland for just 180,000 euros, and he would go on to score 42 goals in more than 100 Breda appearances.

Stewart also turned a big profit on Ronnie Stam, who came through the NAC youth ranks. Stam was sold to FC Twente in 2008 for 2.5 million euros and would later play for Wigan and Standard Liege before returning to Breda to finish his career.

Earnie also had success bringing up players from the youth ranks. Midfielder Nemanja Gudelj, now with Ajax, is the best product of the Breda youth system dating back at least ten years. Stewart later brought Gudelj to Alkmaar for three million euros, providing his former club with their biggest transfer profit in franchise history.

This is where the real fun begins.

Earnie had a larger budget at Alkmaar and did most of his business within the Eredisivie. He also found success mining Germany and Scandinavia for transfer steals.

Most of these figures are compiled using data from transfermarkt.com, though there are some numbers that are difficult to corroborate. I double checked each transfer to make sure the numbers are accurate but understand that some of these fees might be slightly off.

I've also left off most of the loans and the specific youth decisions that were made each window. I logged the more important ones for reference.

• Acquired Dirk Marcellis in a swap with PSV.

• Bought Esteban Alvarado from Saprissa for an unknown fee.

• Brought up eight players from the youth ranks, including Kolbeinn Sigthorsson and Johann Berg Gudmundsson.

Stewart immediately sold off some of AZ's best assets, players who won the Eredivisie under Louis Van Gaal in the 2008-2009 season.

The sales of Dembele and El Hamdaoui were good enough for 11 million euros, and the Lens sale to PSV resulted in Dirk Marcellis moving in the other direction. Marcellis became a regular AZ starter until injuring his knee in 2013. Lens was worth 100% profit since he came through the Alkmaar youth ranks.

There's no listed fee for Esteban Alvarado, who probably was a low six-figure transfer by my estimate. He would play more than 100 games for AZ during Stewart's tenure.

The promotions of Sigthorsson and Gudmundsson were also a critical part of the summer window. Sigthorsson would score 15 Eredivisie goals in the 2010-2011 season.

• Bought Ruud Boymans from VVV Venlo for an unknown fee.

Sigthorsson was flipped for a four million euro profit after just one year. Three more leftovers from the 2009 squad were sold for a combined 8.6 million euros. In the winter, Pontus Wernbloom went to CSKA Moscow for three million euros.

The key acquisitions were a 1.5 million Jozy Altidore and the promotion of Adam Maher from the youth ranks. Maher would go on to feed assists to Altidore for the next few years, forming one of the most dangerous attacking tandems in the Eredisivie.

Stewart essentially rebuilt the entire AZ attack while turning a profit of more than nine million euros. This Alkmaar squad would advance to the quarterfinals of the Europa League while finishing fourth place in the Eredivisie.

• Bought Jonas Heymans from Lierse for an unknown fee.

Another season with key departures and shrewd signings.

Ragnar Klavan was also sold to Augsburg for 250,000 euros. Liverpool ended up buying him last summer for 5 million euros.

His key pickup was another American striker in Aron Johannsson. Stewart paid just 1.6 million for the Alabama-born goal scorer, who had scored more than 20 goals in nearly 65 appearances for Aarhus in the Danish league. "Aron Jo" would put up similar numbers during his time in the Netherlands.

One of the criticisms that AZ and Stewart received was the recurring issue of selling key players to rival teams. In the past three seasons, Sigthorsson, Moisander, and El Hamdaoui were all sold to Ajax.