Ariana Grande's 'Thank u, next' video is here

Can you spot every chick flick mentioned in the video? 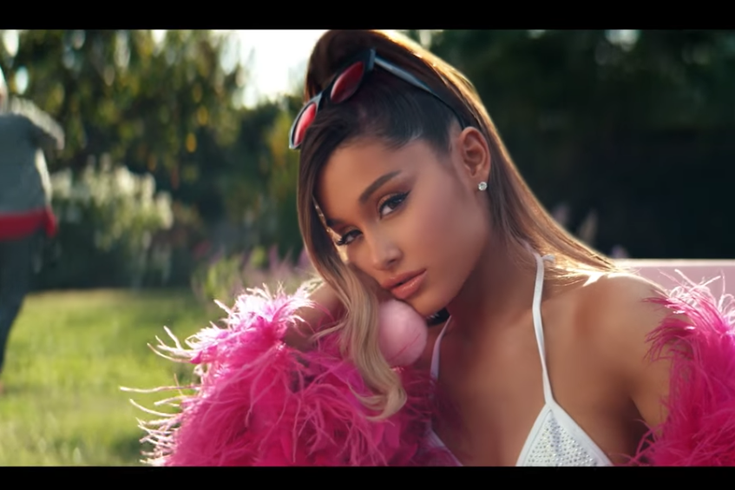 Ariana Grande released the video for "Thank u, next."

After teasing it for almost two weeks, Ariana Grande’s highly anticipated video for ‘Thank u, next” is finally here - and it was worth the wait.

Directed by Hannah Lux Davis, the video is a trip down early-2000s chick flick lane. Full of iconic moments, the video starts as a homage to "Mean Girls" with a number of characters feeding rumors about Ariana Grande, à la Regina George. Troye Sivan makes a cameo as well as Aaron Samuels himself, Jonathon Bennet.

Bennet says, “Ariana Grande once told me my hair looks sexy pushed back. She’s not wrong.”

Grande’s former Victorious co-stars, Matt Bennett and Elizabeth Gillies, also make an appearance in the “Mean Girls” segment. Grande toys around as Regina, laying on her bed with the "Burn Book," as the next scene creates the iconic "Jingle Bell Rock" scene with Kris Jenner playing the mom.

"Bring It On" gets some love with an infamous cheer performance and even the toothbrush scene. "13 Going on 30" gets a reference with one of the sadder moments in the video, playing off of the scene when Jenna tries to tell Matt she loves him on the day of his wedding. It then shifts towards a more flirty tone with "Legally Blonde." The video even breaks the song for a moment so Grande, as Elle Woods, can have a discussion with Jennifer Coolidge, in character as Paulette.

After the video's release, Mark Ruffalo tweeted, "Having some Razzles (it’s a candy AND a gum) in your honor, @ArianaGrande."

Watch the montage below.