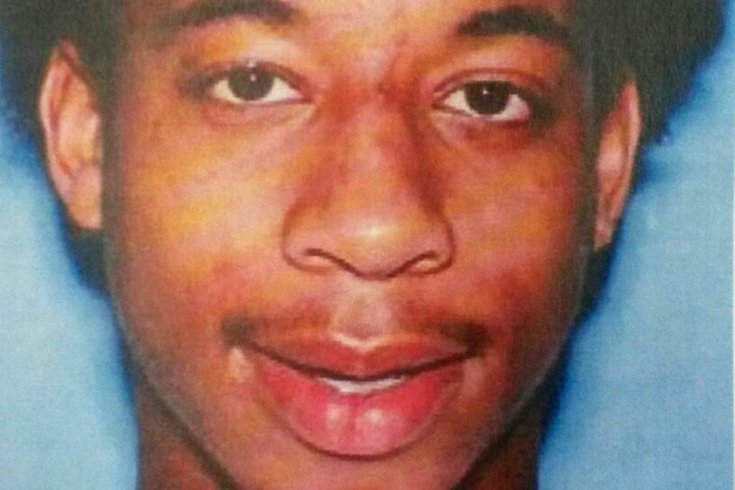 An arrest warrant was issued for Joshua Richardson, 16, of West Philadelphia, above, who is charged with the murder of Tyhir Barnes, 15, of Southwark, police said.

Police issued a warrant Thursday for the arrest of Joshua Richardson, 16, of the 5600 block of Carpenter Street, who also was charged with two counts of Attempted Criminal Homicide, Aggravated Assault, and Simple Assault; three counts of Criminal Conspiracy, and Recklessly Endangering Another Person; and related firearms charges.

Richardson was developed as a suspect following an intensive investigation into the July 11 incident, which started with an argument, police said.

Officers in the 18th District responded to a report of a person with a gun in the 6000 block of Baltimore Avenue about 9:50 p.m. that night. They found three shooting victims.

Tyhir Barnes, 15, of the 1300 block of South 5th Street in Southwark, had suffered a gunshot wound to his face, police said. He was transported to Penn Presbyterian Medical Center by paramedics, where he was pronounced dead shortly after midnight.

A second boy, a 16-year-old, was shot in the left leg, and taken to Penn Presbyterian by private vehicle in stable condition, police said.

A third victim, a 14-year-old boy who sustained a gunshot wound to his right arm, was taken to Children's Hospital of Philadelphia by private vehicle in stable condition, police said.