Raven and Adam make it official 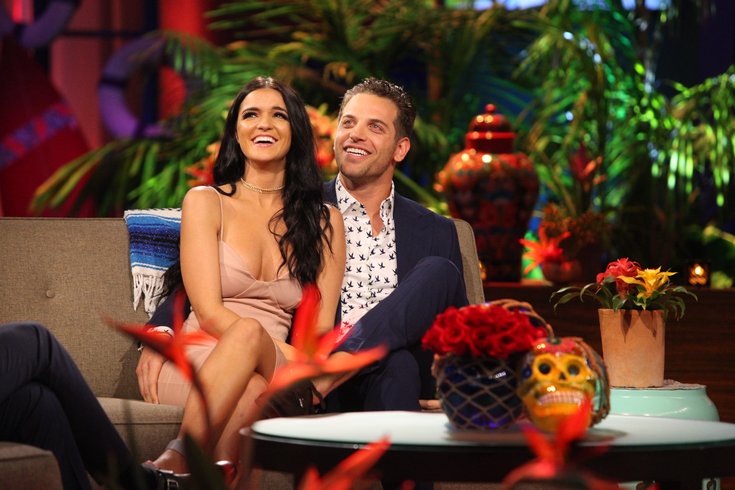 Adam and Raven were popular contestants in "Bachelor in Paradise."

What started as a photoshoot for her clothing store turned into a surprise engagement of epic proportions. Raven Gates and Adam Gottschalk, who struck up a love connection on Bachelor Nation spin-off reality TV show “Bachelor in Paradise,” got engaged in Dallas on May 31. But this just wasn’t any engagement; this was iconic.

As if the surprise engagement wasn’t enough, Adam had the entire journey documented in an absolutely must watch video released Monday night. Trust me, you will need the tissues by your side. 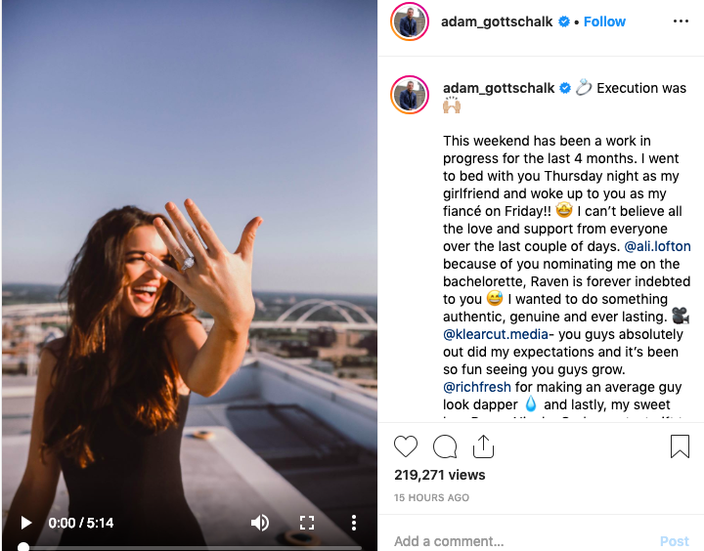 Raven also shared a montage of the joyous moment on Instagram.

For many fans of Bachelor Nation, this engagement was a long time coming. And as Raven said in the video, she knew it was coming, but not just that specific day.

But how, might you ask, did Raven know an engagement was coming?  Raven and Adam, or more appropriately nicknamed “Radam,” have hinted at an engagement for some time, including most notably right here in Philadelphia.

The two appeared at Punch Line Philly in February for a live podcast taping with the Rose Buds Podcast, where Adam guaranteed an engagement in 2019.

“Sometime this year, in 2019, we will be engaged,” Adam said. “We want to take the right steps to do that. We love sharing our lives with everybody here, but we want to stay private in our own respective way.”

In front of a packed crowd full of Bachelor Nation fans, who were cheering and celebrating at Adam’s comment, Raven followed up with, “I think that’s the first time you ever said that.”

As for the engagement, Adam coordinated with photographer Courtney Matthews as they were taking photos for Raven’s online store, Shop Grey Suede. Raven was holding rose petals in her hand for the shoot, and when she threw the petals up in the air, Adam was behind her waiting on one knee.

Adam, who is from California, and Raven, who is from Arkansas, ensured that both their families would be in Dallas for the  proposal, where Adam and Raven currently live.

Adam confirmed the ring is not a Neil Lane, the ring given out on “The Bachelor” engagements. In fact, Adam’s uncle made the ring from scratch. Adam also told the Punch Line Philly crowd they will probably not have a televised wedding.

I’m so happy for @AdamJGottschalk and @ravengates They’re such amazing people and deserve all the amazing things coming to them together for many years to come! pic.twitter.com/3edHqdEMkn

And in case you needed a reminder, Adam was college football teammates with former Eagles Quarterback, Nick Foles at Arizona. Speaking to PhillyVoice in February, Adam confirmed one very big rumor about Nick (you can read about it here ).