By Bryan Bierman
PhillyVoice Contributor
Bad For You Arby's
from 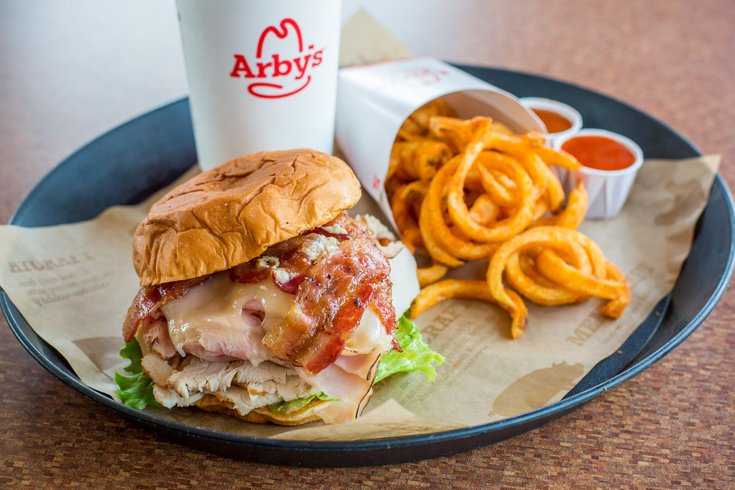 My first exposure to Arby’s wasn’t their food but the repeated mocking of the restaurant on "The Simpsons." Because of the cartoon, which, at that point, had never failed me before, I knew that Arby’s was terrible.

In one episode, Milhouse’s dad Kirk moves into an apartment after splitting with his wife. After hearing from a neighbor that a possum drowned in the pool, Kirk is asked if he has any garbage bags to dispose of the animal.

“Throw it over the fence; let Arby’s worry about it,” Kirk tells him.

In another episode, when the Springfield kids are stranded on an island, identical twin Sherri (or possibly Terri) says, “I’m so hungry, I could eat at Arby’s!” to the shock and disgust of her classmates.

Making fun of the fast-food chain wasn’t specific to "The Simpsons." From Onion articles to jokes on "Seinfeld" and "30 Rock," Arby’s became a go-to punchline. Jon Stewart’s denigration of the restaurant became such a running joke on "The Daily Show" that the chain even aired a compilation of the ribs as a farewell to the host when he departed in 2015. When Stewart recently cameoed on "The Late Show with Stephen Colbert," he couldn’t help himself from working in one more jab.

Perhaps this reputation is warranted or perhaps Arby’s just got the luck of the fast-food comedy draw. (Conan O’Brien has had a decades-long gag about Taco Bell and its ability to make one go to the bathroom.) Either way, the damage is done.

When I finally went to an Arby’s years after watching "The Simpsons," I was surprised to find that it was average in quality — a decided step up from what I envisioned. Seeing their roast beef and cheddar sandwich up close, however, is not an appetizing sight.

Over the past few years, the chain has tried to change its image with a more deli-based menu and the slogan, “We have the meats.” When it comes to this week’s Bad For You selection, they are certainly telling the truth. The Half-Pound Club contains sliced turkey, Swiss cheese, pit-smoked ham — is there a pit at every Arby’s? — and is then topped with brown sugar bacon, which is a lot like regular bacon, only they found a way to make it worse for you. Arby’s has employed brown sugar bacon as the backbone of four new limited-time sandwiches, all of which are also topped by King’s Hawaiian brand sweet rolls.

The Half-Pound Club is immense.

It’s like biting into a brick of meat and bread. Because of the heavily stacked middle of the sandwich, there’s a strange oval shape that defines the architecture and, therefore, the eating experience. It takes two bites to carve out a vertical chunk of this beast, the food equivalent to a story on a house. 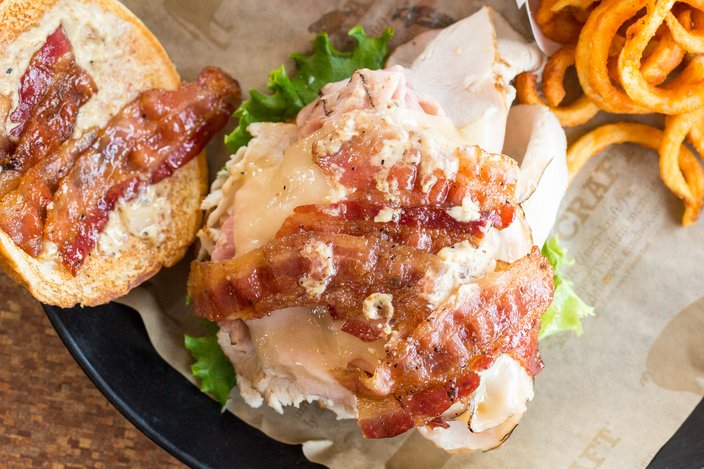 This is a breed of sandwich created for a specific mindset. The target audience is not gourmands looking for a beautiful, finely crafted, subtle piece of food art. This is for someone thinking, “How fast can I shove dead animals into my stomach and for how little money?”

It’s for an almost “in case of emergency, break glass”-level of hunger. In that respect, it had a lot of meat and I funneled it into my mouth and later it felt like a baby grand piano fell on my stomach and I took a nap. I mean that as a compliment.

While not particularly noticeable within the whole of the sandwich, the brown sugar bacon on its own tastes like when you order pancakes at a diner and some syrup drips over onto your side plate and your bacon gets caught up in a delightful mix-up of sweet and greasy. For a split second, all is right with the world. To be fair, this momentary bliss-like state is common with most, if not all, bacons.

The sweet King’s Hawaiian roll and the Dijon-covered lettuce and tomatoes are decent supporting accents to the overall package. Since there’s so much meat on this thing, everything that’s not meat is punctuated even further on your taste buds. It made me realize that lettuce and tomatoes are like the bass player of sandwiches: Everyone always overlooks you, but your job is just as important as anyone else’s. You can also be easily replaced.

Verdict: The Brown Sugar Half-Pound Club is enormous and tasty. Arby’s may not be as bad as "The Simpsons" said, but I definitely understand what they were getting at.