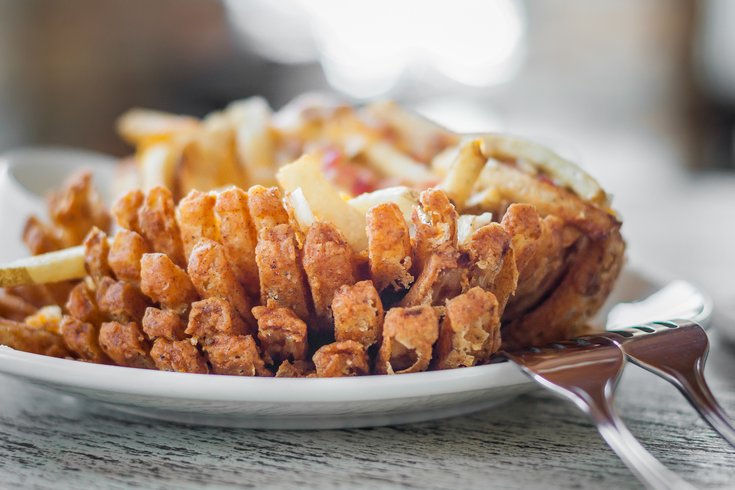 Poor Australia. Americans’ view of the land down under has been largely shaped by only a few pieces of popular culture. For example, POP QUIZ: What comes to your mind when you think about Australia?

Odds are that your answers include kangaroos, koalas, Men at Work, “shrimp on the barbie,” “that’s not a knife,” Outback Steakhouse, Foster’s beer or that episode of "The Simpsons" where Bart prank calls their prime minister. The odds are even higher that none of you thought about Yahoo Serious. (If you thought "Lord of the Rings," you are incorrect. That’s New Zealand.) It all adds up to a very narrow view of a very large country.

And they get it. Australian citizen Thomas Probst caused a stir online when he petitioned Australia’s government to change the name of their currency to “dollarydoos,” a reference to the aforementioned "Simpsons" episode, in order for the country to profit from the stereotype. The petition currently has almost 69,000 signatures, including mine, because, c’mon, that’s hilarious.

But Australians don’t even drink Foster’s. Outback Steakhouse is based in Tampa.

The stuff Aussies do eat frankly sounds pretty terrible. Take Vegemite. Wikipedia describes it as “a dark brown Australian food paste made from leftover brewers' yeast extract with various vegetable and spice additives.” This might be the least appetizing thing I’ve ever heard. I’m pretty sure that exact description is what they said Soylent Green was made out of before everyone found out it was people.

Now, via their limited-time “Big Australia” menu, Outback has upped their food into DEFCON-able levels of calorie content. It’s all staged as an ode to how “big” Australia is. And, of course, the whole thing feels suspiciously American.

Take the new Loaded Bloomin’ Onion, which combines two of Outback’s most famous appetizers and does the most American thing you can do: Throw them on top of each other.

No one but America would butter, batter and deep fry an onion, cover that with french fries drenched in two types of cheese, bacon and ranch dressing and then have the Trump-sized grapefruits to guise the whole thing as a celebration of a country it has almost nothing to do with for a food they would never eat anyway.

If we want to go all guns blazing into nationwide heart disease, hey, that's our choice — one we have made almost unanimously — but let's not drag down another country's name through the mud while we're doing it. It's where Nick Cave is from and that man is a treasure.

So how does this 3,000-plus calorie monstrosity taste? Like two appetizers ruined by shoveling them together. 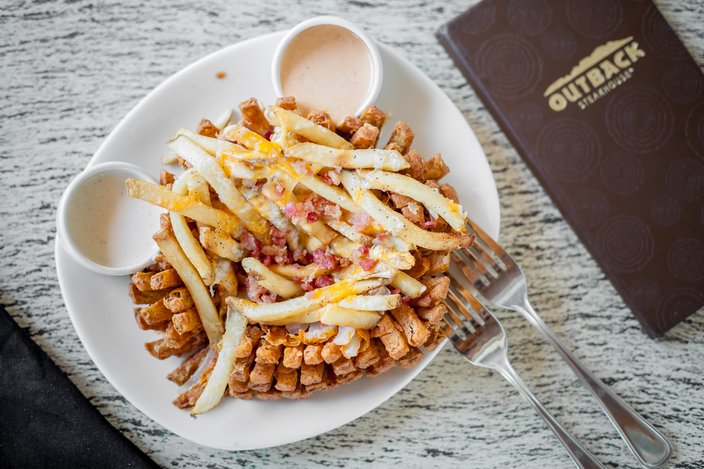 I'm not sure why Outback didn't just (ugh) “load” their Bloomin’ Onion with the cheese, bacon and ranch without the french fries, as they are the weakest link in this whole picture. Ultimately, the fries drag the whole thing down.

With any Bloomin’ Onion, the highlight is the “bloom sauce,” a kind of mayo and horseradish-based dressing. A perfect tang equilibrium is achieved when the golden onion sticks are dipped into it. Always complementing, never controlling — that’s what a good condiment is supposed to do.

With the Loaded version, you pry the fries from their cheesy glue along with spikes of the actual onion and then dip them into the sauce. The final product tastes just like a hodgepodge of stuff. It's the same complaint I had about the Friendly’s Pop-Tart ice cream sandwich: When you start throwing already-complete dishes together, it's hard to make something better than the sum of its parts.

This is also a dish that makes you want to put your head down after eating and cry yourself to sleep. Outback should have a designated section in their restaurants to do just that. They can call it “Mr. Boomerang’s ‘Crikey!’ Recovery Poucherydoo” or something equally offensive.

Next time Outback wants to pile random foods on top of each other — like a half-story slice of chocolate cake tiled in quesadillas or something — and they say, “Oy! Jam this down ya gullet, mate,” just keep in mind that it’s really America’s fault.

Verdict: Order a regular Bloomin’ Onion. Or call a friend and have them talk you out of it.

Now Watch This:  Live from the Phish parking lot with Brian Bierman