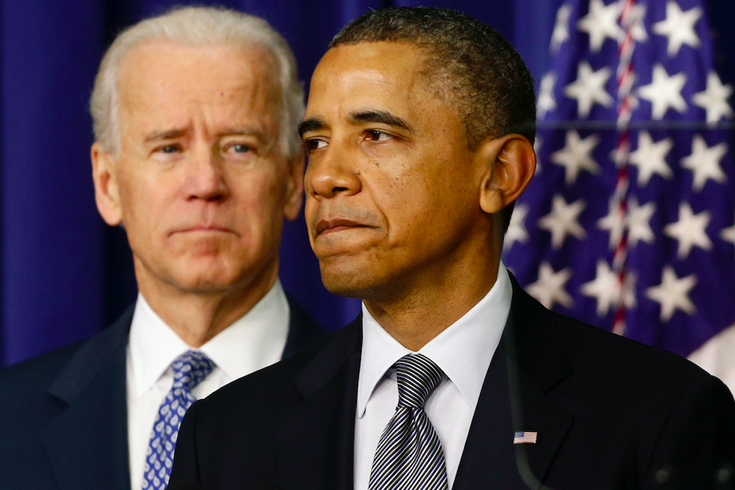 Lost in a tumultuous week after the election of Donald Trump as our 45th president has been the impending departure of a political duo that's inspired a good many laughs over the past eight years.

Barack Obama and Joe Biden's jive talking will no longer be a matter of public consumption. As Biden might say — oblivious to a microphone inches away — that's a "big f------ deal," people.

As recently as two months ago, during a Democratic campaign event in Philadelphia, Obama joked that Biden had been urging him to jump on the Wentz Wagon with Eagles fans. These guys have always just enjoyed keeping it real and having a good time.

Sadly, for some, those days are almost numbered. If you want to relive the magic of the Obama-Biden union, your best bet will be to head over to the @ObamaAndBiden Twitter account to scroll through a feed of mostly inappropriate and (we warn you) potentially offensive memes.

Here's a sampling of what can be published, but if you want the NSFW tweets, just go to the account.