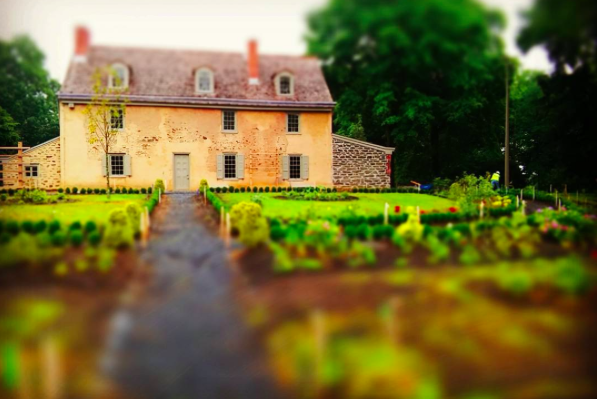 Led by the Department of Parks and Recreation and the Schuylkill River Development Corporation, renovations at the 45-acre Southwest Philadelphia haven are the first the garden has received in nearly a century.

At Thursday's ribbon-cutting, Mayor Jim Kenney and representatives from Bartram's Garden revealed the brand new Anne Bartram Carr Garden that will serve as an entrance to the popular riverfront destination.

Bartram's Garden dates back to America's 18th-century colonial era, when notable Quaker John Bartram built the iconic stone house that has since been designated a National Historic Landmark. His granddaughter, Ann Bartram Carr, later maintained the garden and charted a course for the property to become a beacon of American horticulture.

“To me, Ann Bartram Carr remains important because she opened Bartram’s Garden up to the general public and spread the importance of horticulture and open spaces—ideals that are still dear to us 200 years later," said Bartram's Garden Executive Director Maitreyi Roy. "She was also one of the first women to run a gardening business in our young nation, carrying on until 1850. Ann taught her visitors and customers about the need for beautiful plants and open spaces in their lives, paralleling a time when heavy industry was blossoming in the Philadelphia area.”

More than 50,000 people now visit Bartram's Garden annually to participate in plant and greens sales, see inside the restored Palladian-style home and explore the John Bowman Bartram Special Collections Library. The site also serves as an outdoor classroom and "living laboratory" for those interested in learning more about botany's past, present and future.

With the opening of the Anne Bartram Carr Garden, new guided tours of the house and garden will highlight conservation for guests at Bartram's Garden. Next spring, the Bartram's Mile trail will link up with the Schuylkill River Trail to forge a new connection point between Southwest Philadelphia and Center City.