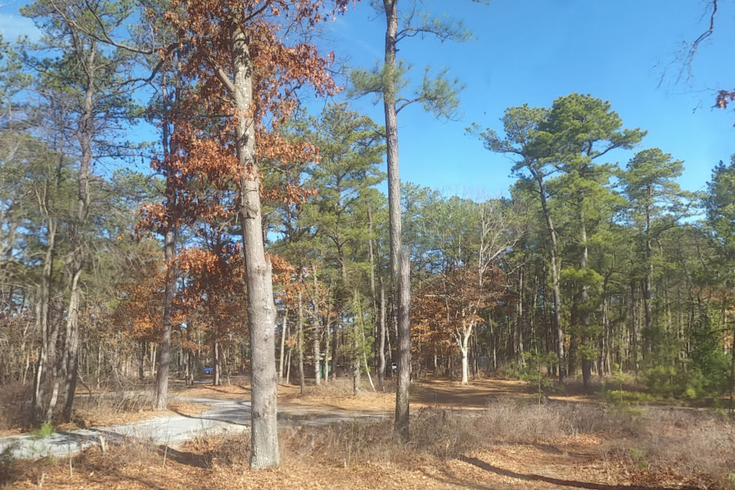 A wildfire in Bass River State Forest in South Jersey has placed about 100 structures in danger and prompted a voluntary evacuation. The forest spans more than 25,000 acres.

Firefighters are working to contain a wildfire that has consumed roughly 900 acres of Bass River State Forest and placed about 100 structures at risk.

The fire was first spotted at around 4 p.m. Sunday from the Bass River Fire Tower in an area of the forest east of the Garden State Parkway, the New Jersey Forest Fire Service said. The section of the forest where the fire began has limited accessibility.

Fire crews are working to get the blaze under control in an area west of Otis Bog Road and south of Stage Road in Little Egg Harbor Township, Ocean County and parts of Burlington County.

Fire crews are conducting burnout operations by setting smaller controlled fires in order to protect buildings and homes along Stage Road and the Offshore Manor Development on Route 9 in Little Egg Harbor. Additional firefighters have been called to help protect property in the area.

Evacuation is voluntary, but people have been encouraged to avoid the area. A designated shelter has been set up for residents at Pinelands Middle School. Road closures are in effect on parts of Route 9 due to smoke that will be prevalent through the area.

Fire monitoring and control operations continued throughout the night, according to 6ABC. About 70 New Jersey Forest Fire Service firefighters from the southern and central parts of the state responded to the scene. About 150 structural firefighters from 39 local fire departments have worked to protect the surrounding homes.

Rob Gill, of the New Jersey Forest Fire Service, told the station that the blaze is occurring toward the end of the fire season.

"It varies depending on the piece of ground where a fire can happen," Gill said. "It'll vary from a quarter acre to a larger fire like this one. It all depends on the ground, fuel type, terrain. There are several factors that go into what determines the size of a fire."

Thick smoke was still billowing and floating into nearby neighborhoods and towns Monday morning, according to NBC10.

The cause of the fire is under investigation. No injuries have been reported.

Bass River State Forest spans more than 25,000 acres and includes a portion of the ecologically sensitive Pine Barrens, which contain many rare plants and animals. It was established as New Jersey's first state forest in 1905. Recreational activities include camping, hiking, fishing and swimming.

Here are some shots of the fire:

Very smoky and hazy in Egg Harbor Township, NJ - a nearby forest fire has been burning for 12 hours now. 70 acres east of the Garden State Parkway, some homes threatened @NBCPhiladelphia pic.twitter.com/gST45jvkZ0

ALSO: There’s another 150 structural firefighters from 39 municipal fire departments. As we look at the fire in totality, officials say this is occurring at the backend of fire season @6abc pic.twitter.com/adnZsiGFXc