Beam me up, Philly: William Shatner is stoked to return to this familiar city

One of Hollywood's finest talks trials and tribulations of acting, the best of 'Star Trek,' and that controversial kiss with Uhura 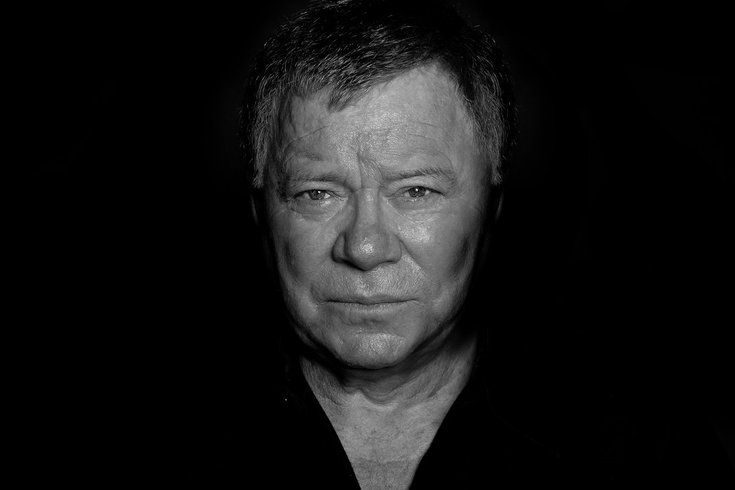 William Shatner will be at the Kimmel Center’s Academy of Music on May 17 for a screening of the 1982 classic film, “Star Trek II: The Wrath of Khan.”

In his seven decades on television, William Shatner has played many roles, but there is likely little doubt he lives in most of our memories as Captain James Kirk of the Starship Enterprise. Maybe to younger folks, it’s as the Priceline pitchman, but that's about as much acknowledgement this author will give to that.

He’s written numerous books, is a singer, producer, screenwriter and director and is still going strong at 87. And next week, Philadelphians will get a chance to see him, live on stage, and ask him anything they want.

On May 17, he’ll be at the Kimmel Center’s Academy of Music for a screening of the 1982 classic “Star Trek II: The Wrath of Khan.”

The legendary star of stage and screen will share humorous behind-the-scenes stories from portraying the original Captain Kirk, and finish the evening with an audience-led Q&A session.

It was hard for Shatner to come up with one role his could identify as his “favorite” in 65-or-so years in acting, but he said that at his age, he was just happy to be able to “put one foot ahead of the other and keep [his] balance.”

“Being here and being able to think, create, say words and memorize and try and be halfway informative and amusing for this length of time – perhaps I should take pride in that, although I never think of myself as getting older, and every so often I think to myself, 'Am I dying?' and it turns out, I’m not,” he laughed.

He looked back fondly at the days of “Star Trek.”

“The show was very well written and executed, given our limited budget,” he said.

“We were high on good stories…It was a joy to play those roles week after week, and although not every show was extraordinary, there were some shows that sought to entertain, but also reminded you of a human truth.”

In 1968, in his role as Kirk, Shatner famously kissed his African-American co-star, Nichelle Nichols, (who played Lt. Uhura) during the episode “Plato’s Stepchildren.” At the time, it was widely considered the first instance of an interracial kiss on television. Some viewers in states along the Bible Belt wrote objection letters to Shatner, Nichols and NBC, but the majority of fan mail, according to Nichols, was supportive.

“It was just a kiss,” Shatner said.

“Apparently, at that time, given the circumstances surrounding our culture, there was a big deal made of it. For my part, it was only me performing with a very beautiful young lady, and it would have been a pleasure to kiss her in private as well as in public. So, to me, it wasn’t a big thing. Apparently, there were some TV stations in the south that didn’t play that particular hour. A big fuss was made of it then, but now, it’s meaningless, given the change in the way we view things.”

Shatner said he enjoyed a good relationship with many of his co-stars on "Star Trek." He had a particularly close friendship with Leonard Nimoy, who played Spock.

“Everybody you work with, mostly, become your best friends because you’re sharing a very dangerous thing. You’re exposing yourself to criticism, complaint and humiliation every time you go out there,” he said.

“You get more criticism than praise over the years. You become buddies in a foxhole, whether it’s with a female lead or a male lead."

Shatner said said he is very much looking forward to returning to the City of Brotherly Love, a place he’s frequented because his mother married a man from Philly after his father died.

“I have been to many cities, but Philadelphia is one of my favorites,” he mused.

“Philly is one of the greatest cities in the world, let alone in the United States, and it’s a theater-going city as well. One of my greatest memories is eating fish at Bookbinders.”