From Cosplay to Kermit: Revelations from the Greater Philadelphia Comic Con 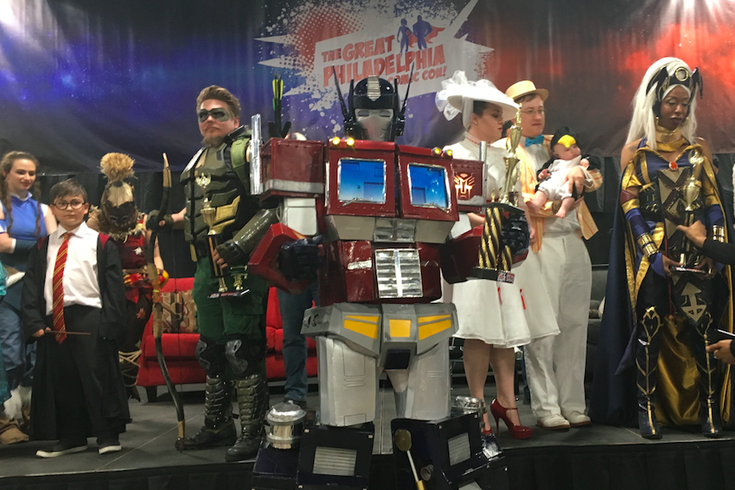 There’s only one place where one might have a chance to meet multiple “Star Trek” cast members, noted comic-book artists, a handful of legends of professional wrestling, the men who long voiced both Kermit the Frog and Big Bird, and a man dressed in a nearly seven-foot-tall Optimus Prime costume.

RELATED LINKS: Criss Angel in AC: prepare for a mind-blowing experience | Greg Proops broadens routine with new podcast, 'The Smartest Man in the World' | Colin Quinn wants you to shut up and enjoy the show

Sure, there was all of the stuff you would expect at a Comic Con – comic books stacked to the sky, lots of “Star Trek” and “Star Wars,” and people walking around dressed as various superheroes. It’s the kind of place where you might see multiple people dressed as Boba Fett, in line to meet the actor who played Boba Fett (Jeremy Bulloch). At one point, I was washing my hands at a men’s room sink when I noticed that the gentleman at the sink to my right was dressed in full costume as The Beast, and was touching up his purple makeup.

There were panels as well, including Mike Colter of Netflix’s "Luke Cage," being thanked by audience members who were thrilled to finally see representation of late for people of color who love superhero shows.

On another panel, Steve Whitmire, who voiced Kermit the Frog from 1990 until his abrupt departure last year, told stories about his work on "Sesame Street," "Fraggle Rock," and other classic shows, although he did not discuss his acrimonious split with The Muppets.

“It was almost like Kermit was a separate entity,” Whitmire said.

“Even if he was just on the end of my hand.”

He said that Rizzo the Rat was the most fun he ever had playing a character, and when PhillyVoice caught up with him afterwards, Whitmire said his favorite moment of his years playing Kermit was when the frog got to meet Queen Elizabeth during the Golden Jubilee in 2002.

Like most events of its kind, most of the stars sat at tables, with various price tags listed for autographs, selfies and other things. Val Kilmer, who was set up behind curtains, offered what appeared to be the highest price tag ($80) for his autograph. The 1980s pro wrestling star Hacksaw Jim Duggan was on hand signing his trademark 2x4, while showing that wrestlers, like baseball players, now sign the year of their WWE Hall of Fame induction to their autographs.

One of the all-time legends of wrestling, Ric Flair, was in attendance, recovered after a major health crisis last year. Speaking to PhillyVoice, Flair shared how much he loved coming to Philadelphia during his wrestling days. 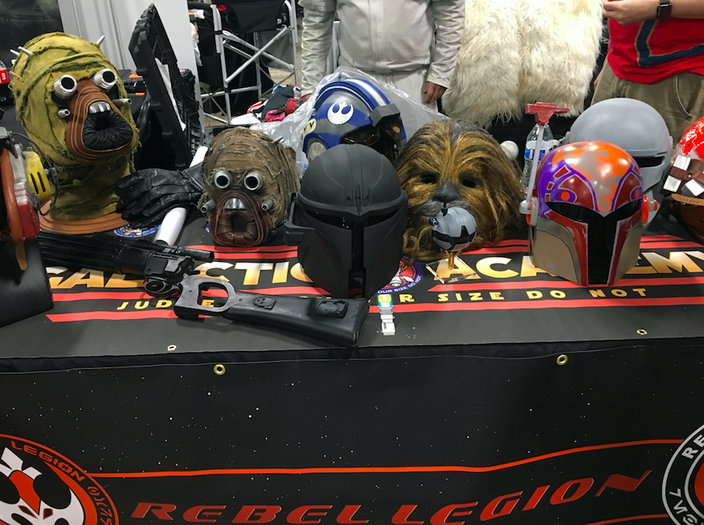 “It’s a great sports town,” the “Nature Boy” said, “since we started coming up here with Crockett,” referring to his pre-WWE career with Jim Crockett Promotions. He went on to say how happy he was about the Eagles’ championship and the Sixers’ playoff run.

“You guys deserve it,” he said.

The main event Saturday, though, was the event’s cosplay contest, which consisted of more than 50 competitors who paraded through the panel room.

The "Best in Show" award went to a man with the wonderfully Philadelphia name of "Rocky Melvin," who wore a tall, elaborate, Optimus Prime costume, complete with chest flaps and modulated voice.

If you missed this passed weekend’s Comic Con, there are two more events this year, all of them unrelated to one another. The annual Wizard World Philadelphia returns May 17 thought 19, and a submission has gone out for ideas for the event. Meanwhile, the first-ever Keystone Comic Con is set for Sept. 14 thought 16, with tickets now on sale. Both are at the Pennsylvania Convention Center.