Philly R&B singer Beano French is the next big thing 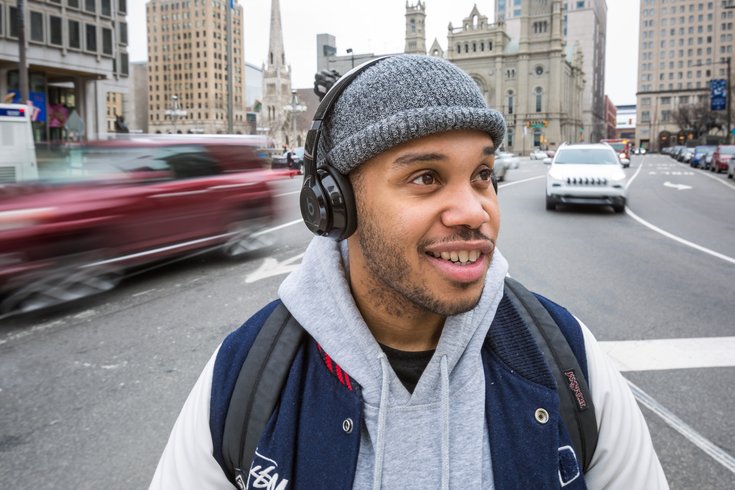 Beano French can't fight the smile from sneaking up his face, or the giggles from bubbling out from his golden throat.

While waiting for an elevator, French is FaceTiming with some friends in California who are telling him about all the people on the West Coast "obsessed" with his debut EP, "Just Beano." They've been playing it for other people who love it just as much as they do.

It's hard for Beano to hide his satisfaction, and for good reason. French, 28, has had a hell of a month.

Born Barton French, his eight-track "project" — as he likes to refer to the release — sounds like an artist on the cusp of stardom. "Monday Morning," the song garnering the most attention so far, blends his tasteful falsetto with a lyrical maturity about appreciating love during the trudge of the workweek. "Darling Baby," featuring singer Annie Miller, sounds like the summer playlist necessity we haven't had since Sean Kingston was a thing. "What My Ex Do" is reminiscent of R. Kelly's musical prime.

Of course, my surface-level, pop-standard analysis may be a bit insulting to someone with a musical background like French's. His father, also Barton French, is an established guitarist who's worked with the likes of Michael Jackson, Luther Vandrdoss and Jimi Hendrix. Beano splits time recording at Milkboy Studios and his dad's house, where he's reminded of many of his musical influences, the pioneers of Philadelphia soul that his father has jammed alongside.

Beano still has a long way to go, though. He currently has to work a full-time job as a package handler at a UPS location in Center City to fund his dream. "I want this to be my life, I don't want to work at UPS. I know I can sing, I know I can take this talent around the world," French told me.

Ahead of his March 18 show at the Coda, I hung out with French to discuss his Philly roots, musical influence, the reaction to "Just Beano" and more.

(This interview has been edited for brevity and clarity.)

How'd you get the nickname Beano?

Family nickname I got from around when I was a teenager from older cousins. We were down the shore one year and I used to be called BJ, and I don't know why they started calling me different things like Beano.

We were walking the boardwalk and talking to some girls, they asked, "What's your name," and I said, "Beano." They liked it, so I just stuck with it.

Talk about your roots, where you grew up and where you live now.

When did you first start getting into music? More specifically, when did you find out you had a singing voice?

I used to sing as a kid. Like, I didn't come out the womb singing, like the normal artist would say. I picked it up very late ... But I wasn't taking it serious. Back then I was a big football guy. So I was just sports, sports, sports. I probably started singing around 11-12, my mom would hear me, she'd be like, "If you want to sing, I'ma put you in the choir." I was like, OK. My mom put me in the choir, and I'm like fine tuning my voice here and there. But it still wasn't a love for me ... I always wanted to be in the NFL. I always worked hard at football, and singing was kind of just second nature. 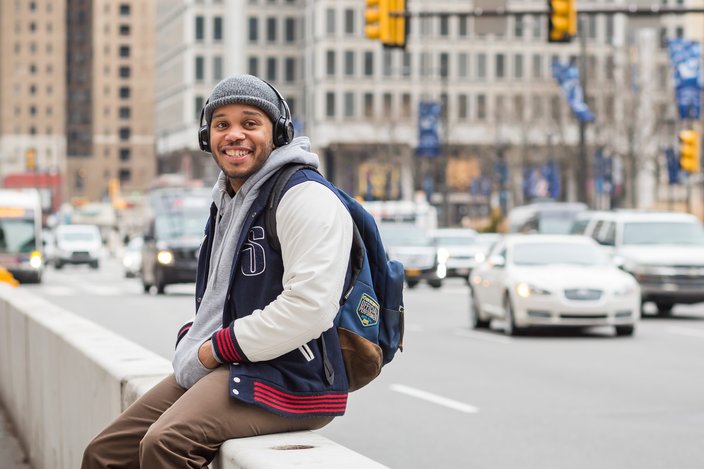 So, when did music become your main focus?

The NFL/football dream, I couldn't get away from it. It wasn't until about my senior year in high school. I was singing, I would do talent shows, stuff like that. I started singing around school, because no one in school really thought I could sing. So, when I started singing around school, our gym teacher, Ms. Brown, she took it upon herself and like entered me into a singing talent show on "106 & Park" (a music show on BET). That was the defining moment, of like alright, I'm about to be on national television. I sung on TV, a lot of the city went crazy and I won, I actually won. That's when I was like alright, I should take singing seriously. But even then, it was still like, I'm a football player.

The response to the project outside the city has been that it's a great body of work. That means we can take it farther than just Philadelphia.

Singing didn't really become serious-serious, in terms of like really trying to pursue a career, probably until I was like 21-22. That's when I really started to get into going to studio sessions, and doing more than talent shows, just doing shows and just getting my feet wet. I was like a very late bloomer when it came to the music side. But I feel like it made me who I am, it makes me work as hard as I do.

Obviously there's the whole period of Philadelphia soul music, but right now I think — fair or not — when people identify Philly's music scene, they think of two things: indie rock and rap. Do you think the R&B scene is getting enough attention?

I've been on the music scene for a very long time. [R&B] is not in the forefront like it used to be. It was in the forefront more when we had Musiq Soulchild, and Jill Scott, and [Kindred the Family Soul], and The Roots and everybody was still here. And then they gave their jam session at the Black Lily, and that's when it was, like, in the forefront. So right now, R&B is kind of on the backhand side of the music scene if Philadelphia. But, it's kind of making a surge back. I'm coming across more and more singers in the city. The best part about it is we're working together.

Name some of your influences. Anybody from Philadelphia specifically?

The biggest inspiration to me is Musiq Soulchild. Being at my grandmother's house and watching the "Just Friends (Sunny)" video, (French starts humming the beat), I remember watching it. And then my dad was actually playing – like before [Soulchild] blew up – my dad was playing on the album. My dad was playing on the sessions before he became a big deal and everything. So, even before then, I was like, who, who is this guy? Then I found out he's from Philly, and then I was like, alright, this is great.

My inspiration from the city would be Carvin & Ivan, Dre & Vidal, Musiq Soulchild, Jill Scott, Kindred the Family Soul. These are all the people, as a singer in the city, you almost have to look up to. And because my father was on the music side of things, I felt a little young to be looking at these [artists]. But it grew me into who I am today and it made me appreciate the R&B side.

Philadelphia created a whole genre of music ... that neosoul wave, which birthed people like India.Arie, like Floetry, they all came out under that wave.

How has the reaction to the new EP been? I first heard about it from someone on Twitter, it seems very well-received on social media.

The reaction has been mind blowing. It was scary ... but the way it's just been received from people, I don't know. Like, I know the person you're talking about. He just came across it! We didn't know each other. He came across it from someone else and then he tweeted me. I'm just a very thankful, grateful person, so anyone that's going to show love to my music, I gotta show love back. I saw Philadelphia basically took the project to No. 4 four on the R&B iTunes charts. Cause I'm pretty much Philadelphia based. I don't have a huge following. I have some fans, some supporters in like New York, some in D.C., but the base is Philadelphia. And I can say Philadelphia took that to No. 4 on the iTunes chart.

I still to this day haven't fathomed everything that's been happening. Everybody's telling me you gotta enjoy the moment, but I'm worried about what I got to do next, to keep it going.

Do you have a specific track that you think will be a hit? I saw "Monday Morning" got some traction on YouTube.

What's the next step?

Still pushing. I was always a big person on not being stagnant, being satisfied with what's happened thus far. Because I know I want to be much bigger than just Philadelphia. I want to be an artist from Philly, not an artist in Philly. The next thing would probably be videos. I got some things in the works. Things have been coming down the pipe probably because of how much momentum the project has gained, and I'm just going to use that to keep pushing the music as far as I possibly can.

The response to the project outside the city has been that it's a great body of work. That means we can take it farther than just Philadelphia.

For more information on Beano French's music and upcoming shows, check out his website.