Cheer on talented women at The Bechdel Test Fest

The Bechdel Test Fest will return to Old City for the second year, beginning Friday, March 3.

125 comedic women will take the stage at Christ Church Neighborhood House over the weekend. In total, there will be 60 performances.

The comedy festival's name comes from Alison Bechdel. She made the term "Bechdel Test" popular by introducing the standard in her iconic comic "Dykes to Watch Out For." 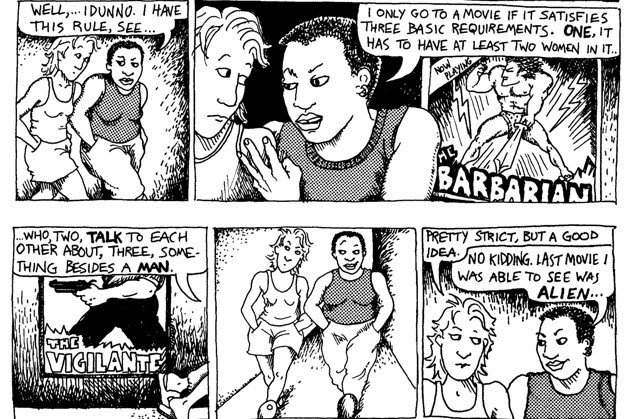 The comic, from “Dykes to Watch Out For,” that gave rise to The Bechdel Test.

For a film, show or book to pass The Bechdel Test, it must contain a scene in which two or more female characters have a conversation about anything besides men.

The comedy festival, which describes itself as, "a two-day celebration of the talented and hilarious women and trans comedians of the Philadelphia comedy community," should have no problem passing the test.

Attendees can expect to see a range of comedy, from improv to stand-up.