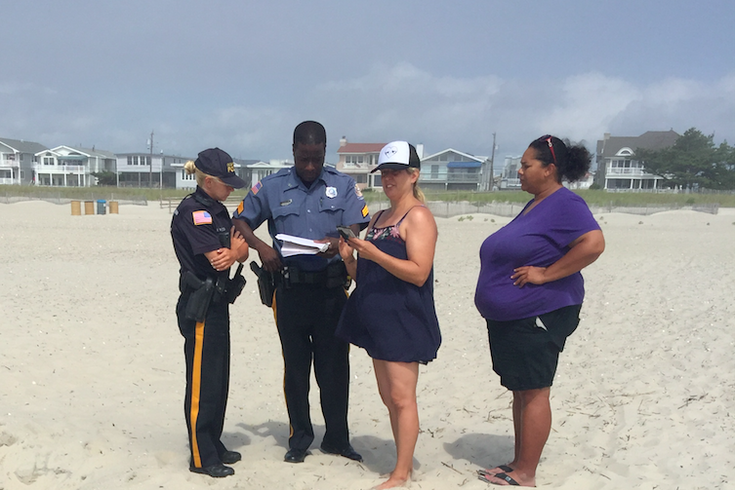 Cindy Fertsch, second from right, had to deal with 'belligerent' beach-tag checkers and a police investigation into the permit she had for a 'Heart of Surfing' gathering at the 57th Street beach on Saturday, July 1, 2017.

This weekend in “Things That Never Should Have Become An Issue Becoming An Issue,” we draw your attention to the 57th Street beach in Ocean City, N.J.

Despite foggy, cold-water conditions, the Heart of Surfing non-profit hosted yet another gathering for children with autism and their families who’ve come to realize that surfing is a great, therapeutic escape.

Though Booker D. Surfdog and Onyx Shorepound Surfdog were unable to attend as scheduled – one of them was suffering from some bowel discomfort – nearly 50 children were taken out on the waves.

The “joyride for special needs kids” started in 2014 as a surfing program but has expanded well beyond that. It was the brainchild of Bob and Cindy Fertsch, who saw the benefits their autistic son Jamie drew from surfing waves with his dad.

It’s a remarkable program and, having come to this beach going on three years now, one that should be celebrated. But all did not go according to plan on Saturday morning. Nope.

It turns out dozens of people near the Heart of Surfing tent drew the attention of some beach-tag checkers who refused to accept the fact that the group was allowed to be there.

Cindy Fertsch had a letter stating as much from the city. Still, she was pulled away from surfing activities to deal with a group of about five teenaged tag-checkers to determine whether it was a permitted event. 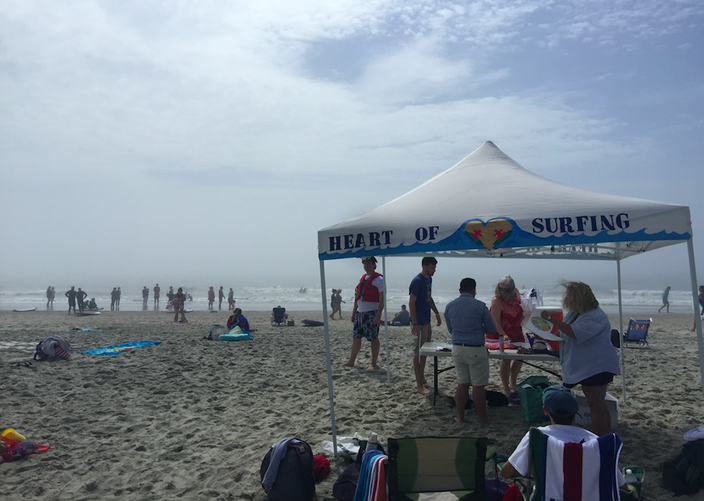 The 'Heart of Surfing' program held its weekly event at the 57th Street beach in Ocean City on Saturday, July 1, 2017. The beach-tag checkers took umbrage. 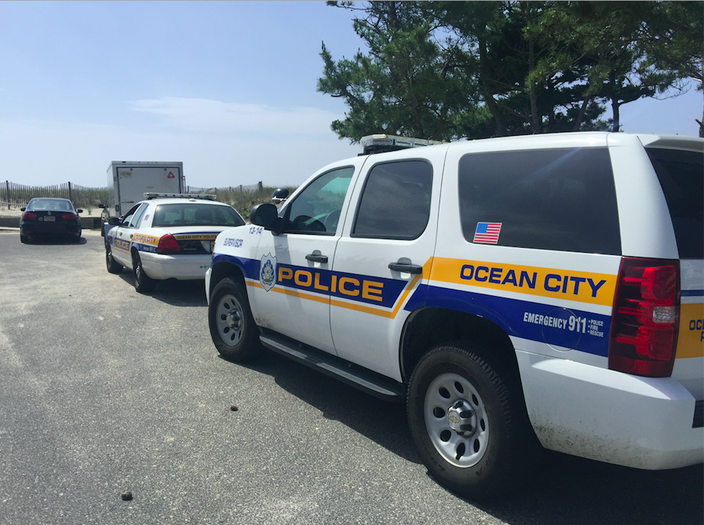 Ocean City (N.J.) police were called to the 57th Street beach to investigate a surfing program for children with autism on Saturday, July 1, 2017.

The power-hungry teens were “overly aggressive and belligerent,” and unwilling to share their names when asked, witnesses stated.

Around 10:30 a.m. – near the end of the weekly two-hour surfing event – a police officer arrived at the scene. She checked Fertsch’s paperwork and noted that the only event on the beach “master list” was for a wedding being held a block away.

Soon, that officer’s supervisor arrived and reviewed the paperwork as well. It was a time-consuming process.

“They took forever doing their investigation. We had everything we needed to have, but just weren’t on that list. Nobody could figure out why,” said Fertsch, who had to get in touch with Mayor Jay A. Gillian and Kathy Caraballo, who works in the city’s Department of Community Services. “They’re going to make sure we’re on it in the future.”

Some of the parents were “very angry over it,” said Fertsch of a group that included a local police officer who called peers to figure out what was going on.

While that issue was worked out, a lingering controversy involves the fact that parents there with their children are required to get beach tags in the future.

“That’s really uncool,” Fertsch told me hours after everything evened out. “I can see if they’re going to the beach for the day, but they’re only going there to watch their children with special needs surf.”

The investigation cost Fertsch an hour that she normally would have spent knee-deep in the water keeping an eye on surfers and the children.

“We didn’t even have the dogs out here today,” she said, before joking, “they’ll probably have crime-scene tape up when they’re here next week.”