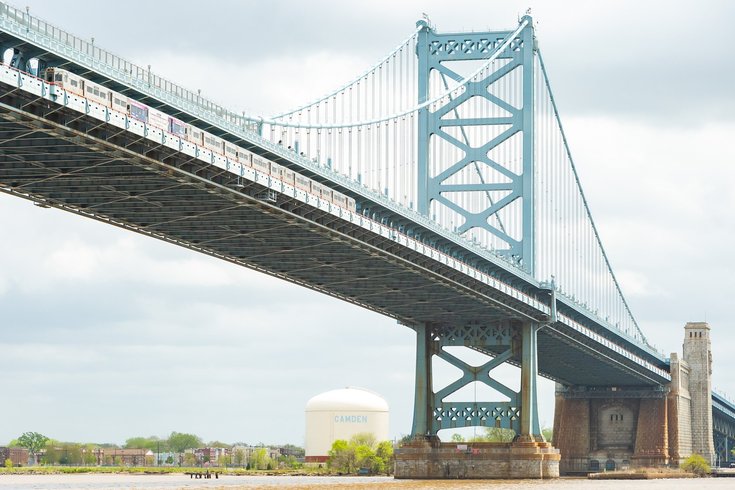 The Delaware River Port Authority has reopened the south walkway on the Ben Franklin Bridge after 18 months of construction. The $8 million project built a new ramp, replacing the stairway at the 4th and Pearl Street entrance.

The Ben Franklin Bridge's south walkway officially reopens on Tuesday after being closed for more than a year to replace a stairway at the eastern entrance with ADA compliant ramps, DRPA officials announced.

The walkway that connects Camden to Philadelphia had closed in February 2018 as part of an $8 million construction project to replace the stairway on the Camden side with a new ramp structure. During this time the north walkway remained open.

Previous to the upgrade, the only access to the south walkway had been a 25-foot high stairway at the entrance at Fourth and Pearl streets. The new 770-foot-long, 10-foot-wide ramp will make the Ben Franklin Bridge's south walkway more accessible to people with physical disabilities and bicyclists.

It was funded in part by a $3.8 million grant from the Federal Highway Administration's Transportation Alternatives Program and through a $400,000 grant from the William Penn Foundation.

The Ben Franklin Bridges's walkway is open from May 1 to Sept. 30 between 6 a.m. to 9 p.m., weather permitting.

A ribbon cutting ceremony will take place Tuesday morning at 10:30 a.m. at the Camden entrance at Fourth and Pearl Streets.