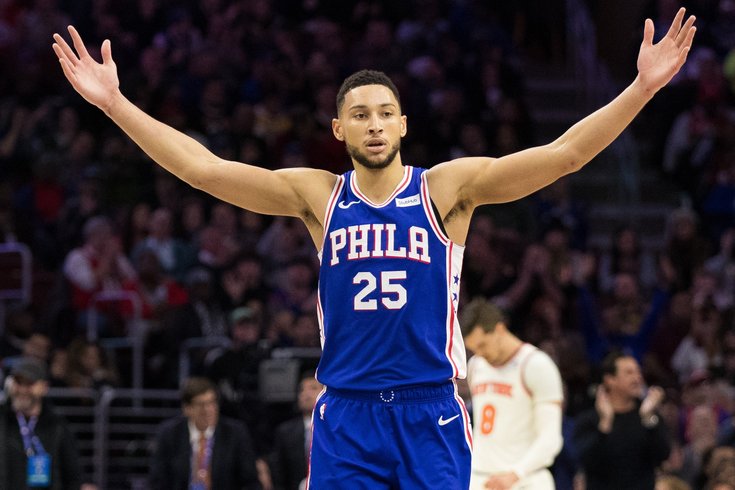 Philadelphia 76ers guard Ben Simmons, shown above during a game at the Wells Fargo Center, and reality television star and model Kendall Jenner have reportedly split after dating for more than a year.

It was just a formality, after word leaked out that the Sixers intended to extend point-forward Ben Simmons to a max contract extension. But PhillyVoice confirmed Monday that the deal had been done, making Simmons a very rich man.

The former No. 1 overall pick will be in Philly for five more years, making the maximum of $170 million. Shams Charania was the first to break the news.

The Sixers have spent a ton of money over the last few weeks. They gave Tobais Harris a five-year max deal worth $180 million. They gave Al Horford four years, $109 million. And, last fall, they extended Joel Embiid to a five-year, $147 million deal.

It's not an exaggeration to say the Sixers are as committed as a team can be to the four current stars on the roster. In fact, in 2021-22, the quartet will make over $126 million.

As for Simmons, debate over whether he's worth this kind of extension may not be settled, but the Sixers have ended any doubt that he is in their their future plans.

The 2019-20 campaign will be Simmons' third full NBA season. In his first, he won Rookie of the Year. Last season, he was an NBA All-Star. His trajectory is on a path toward a perennial All-Star and All-NBA player. Even without a jump shot, Simmons has become one of the better playmakers in the NBA.

If you believe Harris, Simmons may be close to finally unleashing that aspect of his game. A few days ago he recounted what it was like facing him in an offseason workout.

"He has made big improvements in his game," Harris said. His jump shot is really good, he has confidence to shoot it, and I just kept telling him there in his workouts, to have the confidence to shoot it and don't get discouraged if you miss. This is where you build that type of confidence. It was a good sight to see."