Fifth annual event will feature 300 beers from over 150 breweries 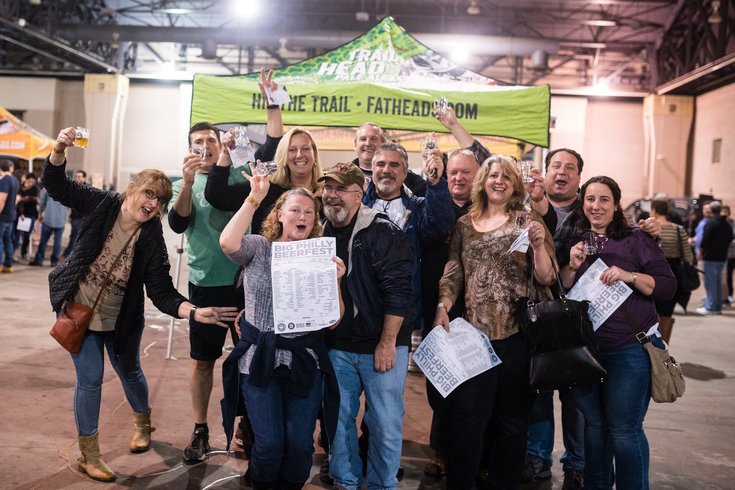 Revelers at the 2018 edition of the Big Philly Beerfest.

In the last year, Philadelphia has hosted dedicated events for several specific food groups: Pizza, wings, burgers, and even pickles. This weekend, it's beer's turn.

The fifth annual Big Philly Beerfest will roll into town this weekend, with sessions on Friday and Saturday nights at the Pennsylvania Convention Center, which will give Philadelphia beer aficionados a chance to sample hundreds of craft brews.

Craig Johnson, head of event organizer Festivals Unlimited, touts the gathering as a "fantastic way to try hundreds of beers without plunking down $7 at a bar or $12 on a six pack and pray you like it." The same organization has put on similar events in Cincinnati, Cleveland, Columbus and Pittsburgh.

New attractions at the event this year include a "Make Your Own Pretzel Necklace" Station from Unique Pretzels, while presenting sponsor Fat Head Brewery will once again host a "Silent Disco." There will also be live music from The Lava Game, which Johnson calls "simply the best Cover Party Band ever," and one that has played the beer fest in all of the other cities.

The event's other sponsors are Guinness and Unique Pretzels. Beerfest will also raise money for Animal Rescue Partners.

The beerfest's marketing materials tout an "unlimited sampling of fresh craft beers." How will the organizers ensure that attendees drink responsibly?

"We have a full security team in place to intervene and assess guests who overindulge," Johnson said. "If they don't have someone to take them home, we put them in an Uber. Plenty of free water throughout the festival, free pretzel necklaces and plenty of local food trucks available as well."

The event comes at a somewhat uncertain time for the beer industry, following the explosion of craft breweries in recent years.

"It's a great time to be a craft beer consumer, not as much for a brewery," Johnson said. "While not necessarily a bubble, we are seeing a migration of sales and support going more to local breweries in our other cities. Regional breweries that attempted to go almost nationwide are cutting back in the number of states they are in."

There's also a "Connoisseur's Reception," which gives those who purchase it access to a special area, as well as two hours (from 7 to 9) of food bites from a variety of Reading Terminal Market vendors. That goes for $80.

"Designated Driver" tickets- for non-drinkers- are also available. Each ticket of every variety is only for one night.

Tickets can be purchased here.