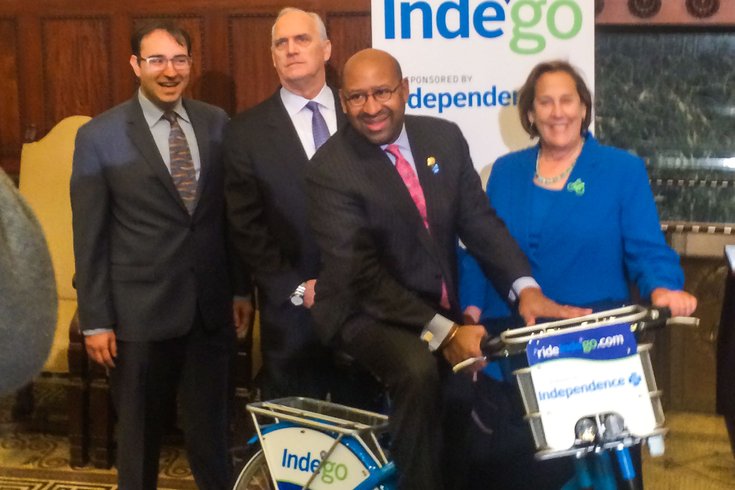 Philadelphia will join the ranks of bike share cities worldwide in just a few short months — with Independence Blue Cross as the program sponsor.

The program, called Indego, will see $8.5 million in donations from Blue Cross. The bike share is scheduled to launch sometime this spring, philly.com reported.

The allocation of funding will be implemented in five-year increments at $1.7 million a year. The city will pay $3 million for the bikes and stations. More than $4.5 million in additional funding will come from state and federal government, as well as foundation coffers. The operating budget, however, will utilize the sponsor's cash, not city taxes.

The program will be implemented in phases. The first phase, to begin this spring, will launch 60 bicycle stations in Center City, as well as a couple in North, South and West Philadelphia. The solar-powered stations are about six-feet wide and anywhere from 45 to 75 feet long. Most stations will hold 19 bicycles.

A call to Andrew Stober, chief of staff of the Mayor's Office of Transportation and Utilities, was not immediately returned.

The second phase, which will happen in spring 2016, will expand presence in other parts of the city as well as build upon the existing one. Future phases may be determined and implemented. 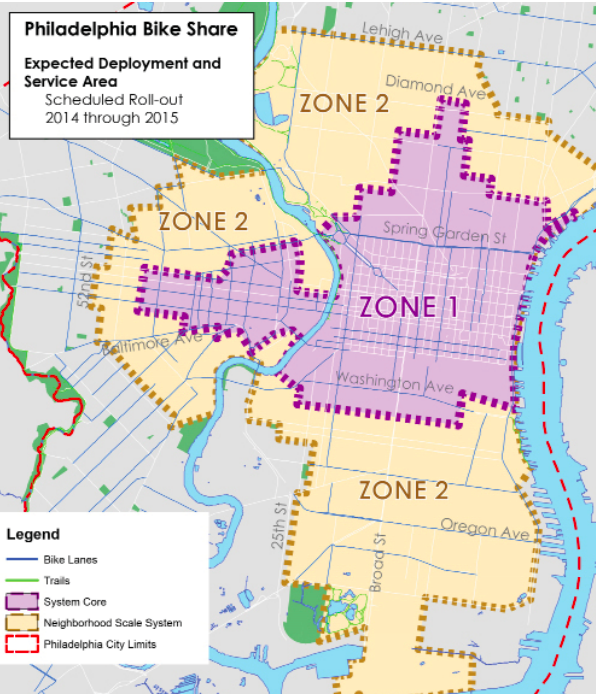 Phase one of the bike share implementation plan beings in Spring 2015. Bike stations will be put into Zone 1. Source/phila.gov

The road to implementing a bike share program in Philadelphia has been a long one. Officials have been ironing out plans since 2009, the city revealed in a December report.

A steering committee conducted a month of surveys and gained 10,500 comments on 95 proposed station locations. Potential locations include 5th and Market streets — which had a 97 percent approval rate — 6th and Locust, 4th and Christian and 3rd and Poplar.

When the program is launched in the spring, philly.com reported that folks are likely to pay around $5 per hour.