Hundreds of birds have descended on the small town of Marietta 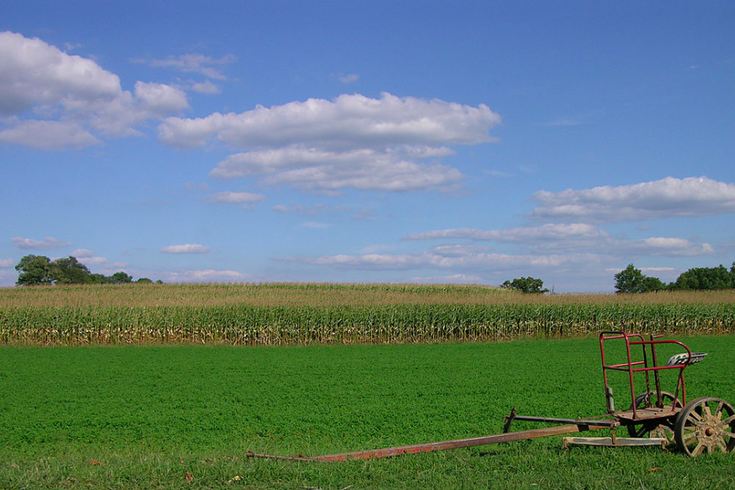 A Lancaster County town is now home to hundreds of large back vultures, causing property damage and public outrage.

As if 2020 couldn't get more apocalyptic, black vultures have descended on a small Pennsylvania town — wreaking havoc, destroying property and spreading their excrement.

Marietta, Lancaster County, has a population of just 2,607 — now, it's playing host to hundreds of large carrion birds which have an estimated wingspan of 5 feet, PennLive reported.

The birds were first spotted in mid-December and have been reported to be sitting on rooftops, ripping up shingles and picking at rubber roofing materials with their beaks. The news has garnered state-wide attention as the town works to deal with its new neighbors.

Closing out 2020, hundreds of black vultures have descended on Marietta, PA.

Residents have taken to flailing brooms and banging pans to disperse these carrion-eating birds, which play a critical role in the environment but aren't the nicest neighbors. 🧹https://t.co/dY3X3D7B8M

Despite their unwelcome guests, residents are legally prohibited from taking matters into their own hands. The birds are protected by a century-old federal law and cannot be exterminated without permission, Lancaster Online reported. Those who act in defiance of the law will face fines and possible jail sentences.

The black vultures were in danger of going extinct in the region, so conservation efforts kicked into high gear to save the species. Residents will have to file complaints to the federal wildlife services to get rid of the birds.

Residents have taken to making loud noises to "shoo" the birds away, such as banging pots and pans and lighting fireworks, PennLive reported. Parallels have been drawn to Alfred Hitchcock's "The Birds" as the loud noises can cause groups of birds to take flight all at once.

Black vultures are known to be a more aggressive bird than similarly-sized turkey vultures, though most reports of violence are towards other animals or livestock, according to the AP.