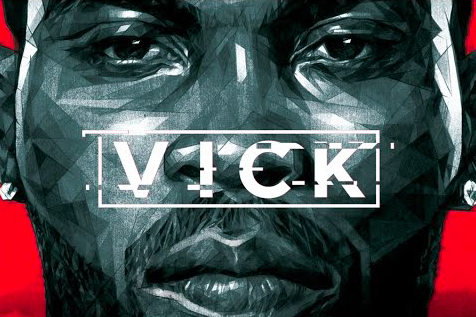 When the Philadelphia Eagles signed Michael Vick in the summer of 2009, the exiled star was just a few months removed from spending 23 months in prison for what many considered grossly unforgivable dogfighting charges.

There was shock and disapproval, but with Donovan McNabb and Kevin Kolb on the roster, Vick's chances of becoming anything more than a gadget player seemed fairly remote. They weren't at all. Within two seasons, Vick was leading the Eagles to a wild comeback victory in what fans now consider the greatest game in NFL history. One wonders whether the Eagles would honestly have risked such a hit to their image if they hadn't planned for Vick to be their signal caller.

The miraculous ups, sickening downs and controversial dynamism of the Virginia Tech product will soon be featured in an upcoming Bleacher Report documentary "VICK," which premieres July 11.

Many casual Eagles fans swore off the organization when Andy Reid and company decided to give Vick a chance at redemption, both as a football player and as a human being. He presented a troubling dilemma in an age when off-the-field transgressions of varying degrees of severity had already become commonplace, though this was an unusually damning revelation.

On the other hand, just as many people who were asked about Vick — coaches, teammates, NFL executives — spoke highly of him as a rehabilitated man. He presented himself humbly and appeared to show genuine remorse for the brutal culture he once embraced. Most importantly, to football fans, he was still the same project with fresh legs and a seemingly paradigm-shifting offensive payoff. By the end of a close opening-day loss to the Packers in 2010, he was back among the most feared dual threats in the NFL.

Even amid the protests and animosity in comment threads  — it was confirmed that former Falcons fans donated his jerseys as rags for animal shelters — Vick never lost his confidence or seriously risked his successful reentry into society, other than planning a misguided birthday party. He spoke on behalf of animal welfare organizations and appeared at Philadelphia schools to discourage criminal behavior. Principled cynics can dismiss these steps as superficial requirements of his return to public life, but at what point does Vick's demonization become purely spiteful?

Nearly ten years after an investigation into the 15-acre Bad Newz Kennel in Smithfield, Va., Vick's old gambling operation has been fully converted into a haven and rehab center for dogs.

The "Mike Vick experiment" ended without a playoff victory in Philadelphia. He went 19-20 as a starter here (seems low, but 2012 wasn't a bad dream) and surpassed Randall Cunningham as the franchise rushing leader at quarterback. The excitement surrounding Vick was palpable, if uneasy, until injuries, age and cornerback blitzes put an end to his viability as a starter. He spent a year each with the Jets and Steelers and is now a free agent who plans to wait out the 2016-2017 season before retiring.

Plenty of Eagles fans feel Vick's seasons here were a step back for the organization, from a football and public relations standpoint. Others look at that period fondly as a memorable run with one of the most highly touted prospects of the last generation.

Between those two positions is an interesting question to consider: Was Michael Vick a better quarterback option for the Eagles, at that time, than Sam Bradford is at this time?